Covid and the Good Guys

If @rweingarten, the unions, & every leader/expert who kept schools closed this year want any hope of re-gaining the support of angry parents, it's best to acknowledge their mistakes and apologize for the damage done rather than pretend they've been the good guys all along.

You can set this Twitter comment next to a quote from Rep. Virginia Foxx, who said that Weingarten "is attempting to rewrite history by framing her union as part of the 'solution.'"

Both are a fine example of how far off the rails the re-opening school debate has gone (if we can characterize a bunch of people hollering at each other a debate). Notice that the outpouring about Weingarten's call to re-open school buildings in the fall is not talking about whether that's a good idea or not. No, what we're now arguing about is who should get to call themselves a good guy. 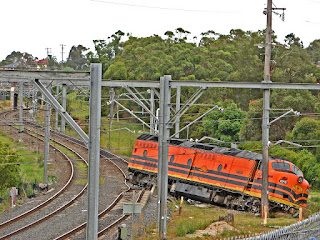 One of the narratives pushed and pushed hard for the last fifteen months has been the Narrative of the Evil Unions, who have somehow been behind the whole school closing thing even though many many parents have balked at sending students back and many private schools have stayed closed and it's not even particularly clear exactly how and where this union pressure has been exerted. Nor have I ever, ever understood what the villains' motivation was supposed to be in this story--if teachers are intent on shutting down schools, why is that, exactly? But anyway-- the Narrative of the Evil Unions has never flagged, and people who are invested in it will be damned if they're going to see the unions wiggle their way out of wearing their Evil Villain hats at the last minute.

This is not a useful conversation to have now, and it never was. The last fourteen months have been hellaciously difficult and confusing. Schools kicked off this pandemic with absolutely no leadership from DC or, in some cases, the state, and with a lot of the science being worked out in real time, before our eyes, which, it turns out, is really hard for some folks to deal with--scientists are supposed to step out from the lab in carefully pressed lab coats and declare "These are the facts, immutable and set in cement under a blazing banner that says It's Science!!" And when that didn't happen, many folks simply blew a gasket.

It didn't help that Trump performed his usual feat of turning even the most non-political issue into a referendum on loyalty to Dear Leader. It didn't help that science and politics repeatedly got in each others' ways. It hasn't helped that we live in an era of bone-headed conspiracy theories. It has not helped that every loose seam and corroded weakness in our political and journalistic systems have blown apart under the stress.

And all of that ugly dumb mess is thrown on top of the actual problems of actual humans trying to lead their actual lives. Pandemic shutdowns have put families under huge stress-- financial, personal, and "oh my God what if this messes up my kid's whole life" type. Businesses have been sweating the uncertainty and strain and possible hollowing out of uncertain times. And teachers and administrators, have been trying to figure out how they can do their job without doing serious, even lethal, damage.

These are all real, serious issues, and they have happened in the context of communities in which people who are near-paralyzed with fear over the disease live side by side with people who think it's all stupid and masks are a threat to liberty.

And as this has dragged on, other issues have bubbled to the surface. Once the treadmill stopped, I think, a lot of folks looked around and thought, "Why, I'll be damned. All this stuff in my life and my job are actually bullshit!" Just now we seem to be having a mini-reckoning about an economic system that requires a large supply of desperately poor people to keep business churning along ("If they don't like the wages and benefits, they can always just quit" wasn't supposed to be advice that anyone actually took). Under pressure, some folks have said the quiet part out loud-- like teachers are servants and should start acting like it.

We have no single trusted source of information, not in government or journalism or even scientific outfits like the CDC, which seems to have to walk back and/or clarify every damn thing it says.

People are scared, angry, tired, and they have a legitimate right to all of the feelings. Unfortunately, some people are living by the rule that one should never let a crisis go unexploited, whether for political power ("Let's get those evil unions to pay for their behavior during the pandemic") or for economic gain ("Buy our hot new program for fixing learning loss").

But looking for simple answers is a fool's game. This is a mess, and it's complicated, and it does not lend itself to a simple narrative of good guys and bad guys.

This part of it is easy enough to understand. Teachers and administrators have been trying to do the right thing, the thing that will allow them to educate their students and keep them safe, while also looking out for the lives of themselves and their family members. What that right thing might be has not been simply clear, and in fact an not-inconsiderable number of union locals include members who cover the same range of beliefs and fear and skepticism as the general public.

The right thing has also been hugely local, depending on what resources and conditions prevail. This has been one of the dumber criticisms leveled against schools-- "East Egg High School is open and doing fine, so our school should open right now." But if East Egg High has a spacious building with great ventilation in a low-spread community and smart, engaged leaders, and your school is a crumbling cramped sealed box run by dismissive tools in a high-spread community, East Egg's experience means nothing. I can drive 75 mph down I-80; that doesn't mean that everyone should drive 75 mph down all roads at all times.

I am tired to death of the attempts to turn this into a political horse race, as if this very real problem only matters insofar as it can be exploited for leverage. I am tired to death of people who want to suggest that the best explanation for what happened in schools is that teachers are involved in a vast, dark conspiracy to bring to a grinding halt the system that they devoted their professional lives to because the Truth is that they all entered teaching in hopes that it would give them a chance to hurt children. That's your explanation for what has happened? How about, instead, the idea that teachers and administrators have been struggling like everyone else to find a path through difficult times while still working to achieve the mission they dedicated themselves to before COVID ever showed its ugly head.

Some people reach their convoluted explanation by starting with the premise that the solution is simple and obvious and not a shred of evidence contradicts or complicates. It's hard to tell if they hold onto that because of willful ignorance or because it's just a tool to achieve their goals, but I am quite certain that it displays a stunning lack of empathy and understanding for their fellow humans.

It's that last part that's going to haunt me long after the pandemic fades--that when things got hard and complicated, some folks revealed just how little heart and care they have for their fellow travelers on this earth. Rather than arguing over who gets to be the "good guy," maybe recognize mostly what we've got is a bunch of people trying to do what seems best to them, where they are, in a difficult leadership-thirty time.