The charter advocacy Twitterverse is unhappy about this part of the Biden plan, as described here by Biden staffer Stef Feldman talking to the Education Writers Association:

And we’ll require every charter school, including online schools, to be authorized and held accountable by democratically-elected bodies like school boards and also held to the same standards of transparency and accountability as all public schools. That means things like regular public board meetings and meeting all the same civil rights, employment, health, labor, safety and educator requirements that public schools must.

In Twitterland yesterday, that quote prompted some conversations like this one

Why? Is it to make sure that charter schools are made better? Or is it a way to hamstring them with pointless regulation, so they are too paralyzed to work effectively? https://t.co/0WG05cEy4v

Yes, Laura. And more. This is the standard union line that the NEA and AFT have been using since charters began. It goes like this:

"We like charters...
As long as they are like all other public schools.
Controlled by us (who control school boards)."

But one has to ask (and one did, but Twitter being Twitter I haven't heard an answer yet)-- exactly how does having an elected board "hamstring" a charter school? How does a requirement for transparency and accountability "paralyze" a charter school? 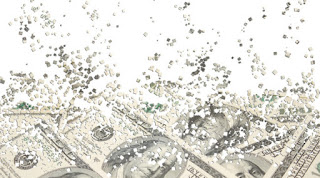 The mantra for charter schools has been the idea of trading autonomy for accountability. Did charter fans really mean to say "accountability, but only in the ways we choose to the people we choose?"

After all, a major criticism of public schools in the modern reform era is that they are not held accountable enough, hence the need for state standards backed up by Big Standardized Tests, the results of which are supposed to be used in a very public way to hold the schools accountable. When teachers push back against measures like the BS Tests and VAM as inaccurate, invalid, and unfair, reformsters charge that teachers just don't want to be held accountable.

So what is the issue here? Part of it likely comes down ownership. Public schools are owned by the public, therefor it makes sense for members of the taxpaying public be elected as stewards of this public resource. Charter schools are privately owned and operated, but publicly financed. If I put a swimming pool in my own back yard, I'm not keen on the idea of the neighborhood electing a board to run it. But if I am collecting money from my neighbors to pay the costs of owning and operating the pool, now the issue becomes fuzzier.

Some public education supporters are going to be quick to call out charter supporters as anti-democracy, and that's not wrong, exactly, but I don't think it's an ideological thing so much as a business thing. The ideal model of charter operation remains the business run by the visionary CEO, a model we've loved in this country since the days of Carnegie and Frick. One brilliant leader, unfettered by government regulations or union rules, a Gulliver-sized master unrestrained by any Lilliputian army--that's the dream. Elected boards just get in the way.

Critics will, as Allen perpetually does, claim that school boards aren't really democratic because they are controlled by the teachers union. In big cities, both unions are well-heeled charter fans are spending tons of money (witness the incredibly expensive LAUSD election that just wrapped up), and the rich folks often win. Yet teachers unions do not regularly call for the abolition of elected boards. Union "control" of elected school boards is grossly over-diagnosed, and in much of the country is not remotely an issue. But for the visionary CEO, a board that listens to the teachers or their union at all is listening too much.

The other part of the charter argument is that they have huge accountability due to market forces. No oversight or accountability of a traditional sort is required, they argue, because families can vote with their feet. This hasn't worked, and isn't going to work any time soon. Charter schools only need to capture a small sliver of the market, which means that if a few families vote with their feet, the sensible thing for the charter to do is not to sit down and have a soul-searching discussion about their direction, but instead to start sifting through the tens of thousands of potential families to replace the leavers. And the beauty of schools is that thousands of new "customers" enter the "market" every year. So go ask someone like Eva Moskowitz how many times she has reconsidered her approach to Success Academy because an angry parent threatened to pull their child out. On top of all that, the cost of pulling your child out of a school mid-year is considerably greater than, say, changing which food truck you buy lunch from, so parents face another barrier to that foot voting.

Do public schools always get the accountability piece right? Nope. But the presence of the legal requirement means that parents have some leverage. Parents of charter school students in many states have no leverage at all, with charters even winning court cases to "protect" their private business information.

For eons, the argument has been made that since public schools use taxpayer dollars, the taxpayers are entitled to know how that money is spent, and I have never disagreed. It doesn't seem radical to extend that same level of accountability to charter schools. This is one thing that the Biden education plan absolutely gets right. If charter fans don't like it, they'll need to explain why the taxpayers shouldn't be able to demand accountability from them.