I passed a milestone a couple of months back--I paid off the last of my children's college loans.

I went to college back in the 70s. My entire undergrad education cost about $16K. I could have paid for some of it with the proceeds of my summer job, but my parents covered the costs and that allowed me to save for grad school and to start out on my feet. Lots of my friends from high school worked their way through college and started out life largely debt free; it wasn't that hard a trick to pull off in those long-ago days.

But by the time my older children had graduated from high school in the 00s, the world had changed. Paying for college with summer job proceeds was not remotely feasible. Meanwhile, college costs had gone berserk. My children worked summers and, some years, during the school year. Our deal was that I would pay college costs, and they would cover their own living expenses (their mother kicked in as well). 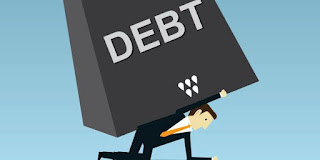 Simply procuring and managing the loans was trouble enough. Sometimes it was like when you apply for your first home loan, and the bank treats you like you're a twelve-year old delinquent borrowing money to buy cases of beer. Bad beer. Other times it was simply confusing, as when the loans were sold from one handler to another resulting in a complete change of account numbers and payment amounts. And the phone calls from loan consolidators! Like many college-adjacent industries, these folks try so hard to suggest they are official government entities trying to do you a favor or help you comply with rules you didn't know existed. I can't begin to imagine how many young college students are hoodwinked by this stuff.

I had advantages as an adult. For instance, I knew better than to pay just the minimum if I could manage more. I had a real job and real income. For over a decade, most of my income went to paying off those loans. That was fine, and I never regretted it for a minute, but I would keep wondering--how do people in their early twenties possibly do this?

I know the answer-- I've heard the answer from plenty of former students. They don't, really. I can't count the number of stories I've heard of folks who shovel income into debt payments, only to see the principal slowly balloon and grow. Meanwhile, what about buying a house, or starting a family. What about starting in your chosen career if the entry level is actually taking an unpaid internship in an expensive-to-live-in big city?

When I say college debt sucks, I don't just mean it's a lousy thing--I mean it sucks the resources, the choices, out of your life like a thirsty vampire accountant.

"Well, then, don't take out debt you can't afford," say the folks situated in comfortable homes enjoying lifestyles made possible by a parental safety net. And there's some sense to that, except for a couple of issues. One is the trick of predicting what debt you'll be able to afford, particularly if you are 19 years old and have no debt experience and no real income experience and no real living on your own experience (spoiler alert: the loan issuers won't be much help here).

The other issue is, of course, that we bombard students with the message that if they don't get a college degree they will end up eating cat food off a hot plate while living in a van down by the river. We do this even as some folks are trying to dumb down the idea of college from a full, rounded education to just higher level vocational training. We do this even as the field is clogged with predatory for profits that simply want to use students as a means of collecting federal grants and loans, students' futures be damned.

We promise that college will pay for itself, that the path to economic survival lies through college.

But can we please please please end the never-dying pieces of advice (in evidence yet again on Twitter yesterday) that if student debtors would just stop eating out and splurging on avocado toast, they could totally get out from under their debt next week. "Just do it like me," suggest of comfortably upper middle class folks well-supported by their parents. "You lazy kids these days," scold a bunch of oldsters who went to college when a year of education cost $1,000. "Just give up your dreams, use your magic crystal ball to predict which professions will pay well in ten years, and go to school for one of those," say folks who never gave up a thing in their lives. One of the most infuriating things about the whole issue is the number of people who literally have no idea what they are talking about.

I'm a child of privilege, and I did my best to pass that privilege on to my own children, and as people in their early thirties in 2020 they still face a challenge or two. I can't really imagine what my kids would have done if they hadn't had parental backing, though I've heard enough tales from former students to have a pretty good idea. The system is messed up and if we imagine that higher ed is about a ladder up for young people--well, for too many it has turned out to be exactly the opposite.