What Is The Actual Purpose of Social and Emotional Learning

I'm increasingly convinced that one of the reasons social and emotional learning (SEL) is such a matter of contention in education (and it has been, every time it has been it has been brought up under one guise or another) is that it requires us to look at the places where education bumps up against the really big questions-- what is the purpose of education? why are we here? what is our purpose? what is the meaning of life? That stuff.

SEL advocates generally back away from that, and it leads to discussions of SEL that are ridiculous.

Here's CASEL, the big mac daddy of the SEL biz, listing the benefits of SEL, in order: academic outcomes and improved behaviors, long-term improvement in academics and conduct problems, 11;1 return on investment, reduce poverty (as in the poverty of individuals as in you'll make more money), improves life outcomes (eg not being on waiting list for public housing).

Lots of folks like to cite a research finding that SEL "improves achievement by an average of 11 percentile points, which is an odd thing to tout; since percentiles are rankings, if everybody received this benefit, nobody would receive this benefit.

Even when research is more well-balanced, many folks writing about that research tend to focus on things like how SEL will "have long-term academic benefits on students' reading and vocabulary" and that it might "assist in closing achievement gaps."

You may be asking what the heck I'm rattling on about. Aren't these all good things? And sure, they are. But there seems to be a huge disconnect here.

Imagine, for instance, that we are discussing health. In fact, discussing the spread of Covid-19 through the population. Now imagine someone saying, "It's important that students remain healthy because good health raises test scores. Also, they can get a better job if they're healthy." I mean, that's not wrong, but are those really the reasons that we would prefer our children to be physically healthy?

The implication, all too often, is that the point of having socially and emotionally healthy students is so that test scores will go up and they will be better employees, and I have to believe that human beings have a higher purpose than generating test scores and being a useful meat widget for some corporate enterprise. Too much of the SEL pitch ends up sounding like folks who are trying to make a utilitarian case for being happy and healthy, as if being happy and healthy couldn't possibly serve a purpose--or BE a purpose--on their own. No, I'm not going to argue that making yourself happy is your highest calling exactly, but that leads us into a rather long, deep discussion which we don't have room for here, but my point is that we're not even trying to have that discussion. Instead, we keep discussing SEL as a product that dovetails nicely with other products. That being a happy, healthy person of good character are only valuable because they make that person more useful to the folks in charge. 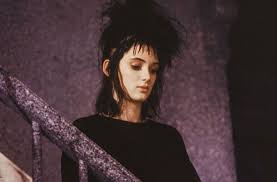 Here's a research project in Education Next, touting SEL and presenting a bit of a mix. It's a study of a collection of self-surveys of ninth graders in Chicago, and like any veteran high school teacher, my eyebrows went up at the ninth grader part, because when it comes to self-reporting social and emotional learning--well, they chose it because it's a transitional year of schooling and the point at which students are "most vulnerable to becoming off-track for high school graduation "due to too few credits.

This study looked at various schools and developed SEL "value-added" scores, which is an abomination because "I want my child to be happy and have a good character because it will make them more valuable" is not something any teacher or parent should say ever. Also, the researchers took the time to figure out that their made up SEL score was a better "predictor" of "behaviors that promote future success" than good old test based value-added baloney scores. So while there is much about this report that raises my hackles, I will give them this--they make a case for a way to expand the notion of a "good school" beyond "one with good test scores and high bogus VAM numbers."

Their choice of "impacts" to look for include the usual bad cluster. On the one hand, I can almost see "impact on social well-being" as a worthy thing to look for. Chicago apparently muddies all this water by loading talking about both a social well-being index and a work habits index, with the latter focused exclusively on "useful meat widget" items like grit and academic effort.

The study finds that their SEL VAM work as well as test-based VAM in predicting test scores. They apply the word "intriguingly" here; I'm more inclined to note that this finding screams that both VAMs are the result of some other factor entirely.

There's a big fat chart entitles "High Schools That Promote Social-Emotional Development Also Improve Student Achievement" which of course just means that these schools have higher test scores. They also tie SEL to "long-term outcomes" by which they mean high school graduation and enrolling in college, as if socially and emotionally healthy people will, of course, go to college.

Look, I am a big believer in the importance of SEL, just as I'm a big believer that every teacher ever has included SEL in their classroom intentionally or not because it can't be avoided (unless you, say, replace the teacher with a computer algorithm, but again, that's another conversation). I think it's hugely important. I think 95% of the "this teacher changed my life" stories in the world are primarily about SEL rather than actual content.

But all that said, I hugely leery of attempts to quantify and formalize SEL in schools, especially when so much of what is being done is framed by the notion that SEL is important because it will raise test scores and get you a better job, as if becoming a healthy, happy, decent human being was not a worthwhile goal all by itself.

Let me just append a poem here, from that great American SEL guy, Ralph Waldo Emerson, on being asked what the point of a flower might be:

In May, when sea-winds pierced our solitudes,I found the fresh Rhodora in the woods,Spreading its leafless blooms in a damp nook,To please the desert and the sluggish brook.The purple petals fallen in the poolMade the black water with their beauty gay;Here might the red-bird come his plumes to cool,And court the flower that cheapens his array.Rhodora! if the sages ask thee whyThis charm is wasted on the earth and sky,Tell them, dear, that, if eyes were made for seeing,Then beauty is its own excuse for Being;Why thou wert there, O rival of the rose!I never thought to ask; I never knew;But in my simple ignorance supposeThe self-same power that brought me there, brought you.