Which Choice Would You Choose?

If you were (or are) a parent, which one of the following options would you prefer?

Your neighborhood is served by a single public school.

That school is well-staffed with a range of young and experienced professional educators, well-trained and committed to the needs of their students, and they are well-managed and well-paid so that they stay on as the foundation of a stable school community. The school is a well-maintained facility, clean and safe. It offers a wide variety of quality programs under one roof, with the flexibility for students to explore different educational paths and even change their minds (because young folks sometimes do that), as well as allowing them to enrich one path with samplings from others (in other words, your future biologist won't have to give up band). The school is fully funded and has a full range of up-to-date quality resources.

The school is transparently managed and controlled by an elected board of local community members who meet in public and are available to be contacted by any resident or taxpayer in the district. The management of the school is nimble, flexible, and open to input from all stakeholders. 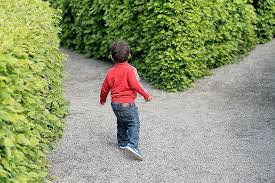 In this option, your neighborhood is served by many schools, and you have plenty of choices that you may be able to access by using your voucher or some other sort of choice mechanism.

Choice #1: Never mind. This elite private school is out of your price range, even with your state-issued modest voucher.

Choice #2: This Christ-centered private school will gladly accept your child, as long as that child behaves properly, which includes a properly worshipful attitude in daily devotions and Bible readings. And don't worry-- we won't be teaching your child any of that foolish evolution-filled "science" stuff.

Choice #3: Our experts have determined that this is the kind of school People Like You need for their children. Strict, no excuses, speak only when spoken to regimentation. It certainly wouldn't fly over in East Egg, but it's just what the children of You People need to take your proper place in the world.

Choice #3A: If you're in the South, there's also this school, but you can only send your kid here if you're white. Because Those People need to be kept on their own side of town.

Choice #5: We decided to launch a special math-centered school. We make room in the budget for super-math stuff by cutting music, art, sports and history. All students attend the same English class which meets every other day in the auditorium. But our math program is definitely more than adequate.

Choice #6: This school was started by some Very Nice People who thought, "How hard can it be to run a school?" It looks like a nice enough place, but none of the teachers have been paid for a month and it will probably close before Easter.

Choice #7: Big National Chain Charter School. The program is already packaged and all our brand-new staff members need to do (it's always brand new because no staff stays here for more than a year or two, which is okay because we don't need to hire actual certified teachers anyway, so they're easy to replace) is open the binder and follow the program. If you would like to talk about changes to the program, feel free to contact our corporate headquarters, which are not actually in your state.

Choice #8: What do you want? Look at our glossy advertisements! We will promise you all sorts of stuff. We will never deliver any of it, but by the time you figure that out it will be too late-- we'll have your money and you'll have to decide how badly you want to disrupt your child's school year in the middle.

Choice #9: Your public school. It still exists, but the other eight schools have drained so much money from it that it is now a sad, limping, underfunded shadow of a real school.

With the exception of Choice #9, none of these schools are managed or operated publicly. You can't attend the meetings, you can't see the books, and you can't contact the board members easily, if at all. You don't get a voice-- the only stakeholders who matter are the people who own and operate the school, and they'll give you the choice they feel like giving you.

Voucher advocates-- particularly the ones who advocate for "parental choice" or "parent rights"-- seem to insist that Option 2 is the better one. Their argument is that Option 1 is a choice that only wealthier families get to exercise by virtue of their ability to buy a house in that school's neighborhood. And they aren't wrong-- linking school funding to the power of the real estate market means that schools in richer neighborhoods get better funding. That is a problem worth addressing.

And yet, Option 2 does not address it. The school in Option 1 is still not available to less wealthy parents. They are presented with only the choices that other choosers choose for them, and in the process, they lose even a limited ability to influence what those choices are going to be. So they lose a shot at improving their public school, and get little-to-nothing in return.

Parent choice advocates might argue that Option 2 is still a better option because choice is such a great value, in and of itself, that providing choice to parents is more important than anything else-- including making sure that the available choices are actually any good.

But I keep coming back to the same idea-- if we want all students to be able to choose the school in Option A, why not do what it takes to transform every public school into Option A? Option A actually offers more choice, more flexibility, but most of all, more of the things that families actually want. Once upon a time reformsters made noises about charters developing great ideas to create great schools, but we already have a plethora of model public schools-- why not use them as a template? Why not muster the sort of "War on Poverty" or "Get To The Moon" or "Endless Battles in Other Countries" willpower we've mustered before and direct it toward making all schools great schools?

If I were a cynic, I might conclude that it's because no private operators can make a bundle under that plan.

Choicers will argue that I've stacked the deck, that these aren't the real options. Real World Option A, they'll say, is one lousy school, and while that may be true in some communities, how is multiple lousy choices better than one lousy choice-- and if you only had so much money, would you rather try to fix up one house or a whole bunch of houses with that money? Real World Option B, they'll say, has more awesomely wonderful choices than I represent here, and you know, there was a time I believed that might be theoretically possible, but reality seems to be stubborn in this regard. It's almost as if running a school is hard, and doubly hard if you're trying to make a business out of it.

But seriously-- what parent would choose Option B over Option A? It's really no choice at all.
Posted by Peter Greene at Wednesday, March 22, 2017