The Line: Yet Another Not New Voice

Apparently we are in the season of website launches. An outfit called FutureEd has entered the thinky tank and website world with a spirited return to the ed reform greatest hits of yesteryear. Refugees of the Obama education department have launched a website that is... I don't know. Cementing their legacy? Shaping the narrative? Keeping a bunch of out-of-work pols busy?

And then there's The Line.

The Line enters the interwebs with the umpty-gazillionth call for reasonable happy voices in the debate "written by education leaders for education leaders, that endeavors to encourage civil discourse and action around the most challenging issues facing K-12 education. Engagement and thoughtful debate isn’t a choice but an imperative to bettering pubic education. Leaders need a forum for the exchange of ideas and information – they’ll find that at TheLineK12.com. "

Who has gotten a big fat check to make this new, slickly produced call for civil discourse a reality?

Yes, the John Deasy whose failure as the superintendent of Los Angeles schools was spectacular enough to merit national press attention. Not that his failure there ended his career-- his patron Eli Broad hired him for the Broad Faux Academy of You're A Superintendent Because I Say So. And now the folks at Frontline Education have hired him to editor-in-chief his way through this operation. 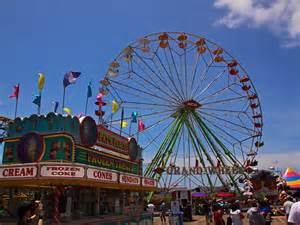 So what does The Line actually have to say?

Well, Tim Clifford, Frontline's "Visionary Entrepreneur, Executive and Director in Cloud Computing and Big Data Analytics & Research" (according to his linkedIN profile) allows that "It may seem odd that a technology company that espouses efficiency and effectiveness has taken up the cause of civil discourse." But Frontline is more than just a tech company-- it is a "true partner to the education community." They're a little more than that, as I learned to some middling alarm as I researched this piece-- but that's a conversation for another day.

It's good that he sounds so excited because the site strikes a tone that one of my colleagues described as "funereal."  The header photos are dark and empty, and the site is oddly lacking in human faces. I never realized how much I appreciate stock photos of smiling scrubbed children-- this is like wandering through the empty halls of an abandoned building. The tyopic headers are "Charter Schools, Curriculum, ESSA, Federal Policy, Funding, Insights, Professional Development and Solutions." It has a log-in for folks who have registered, though it's not yet apparent what that gets you.

The first batch of articles, beyond the self-referential ones, include an interview with Kaya Henderson, and a letter to the new President, written before we knew who that would be, direct from Deborah Gist, another Chief for Change, prominently featuring the "every child, regardless of zip[ code" line. There are a couple of other pieces as well.

What Does the Shift To a More State Dominant Ed System Loo Like? A three-pronged winner featuring Arne Duncan, Hanna Skandera and Mike Magee CEO of Chiefs for Change-- the chiefs are all over this site). Skandera wants to offer her state of New Mexico as an example of reform success. Magee wants you to know the Chiefs are doing great things. Duncan thinks democracy is fraying because we aren't educating folks well enough.

"Common Ground on School Funding" is a look at different sort of funding issues by way of two Pennsylvania school district superintendents-- Philadelphia and Titusville. Titusville is just up the road from my district, and their superintendent started out as a teacher here, so that was an interesting and surprising read. There's a look at professional development under ESSA focusing on "blended learning."

And the site offers a model of civil discourse by running some notes between John Deasy and Checker Finn (honcho emeritus of Fordham).

The "issue" wraps up with Deasy waxing rhapsodic further on civil discourse in language that, like much of the site, seems as if it's been tied to the rack and interrogated with extreme prejudice. Here's a pull quote, presumably what they consider an exemplar of the site's style:

To bridge divide, I believe we must become more proximate to those we differ with cloaked in the very act of civil discourse.

We've wondered for a few years what would happen to reformsters when they approached the autumn of their careers. Apparently at l;east part of the answer is that they get together on websites where they play their greatest hits, like over-aged rock bands traveling the county fair circuit.