Can Choice Return To Its Roots? 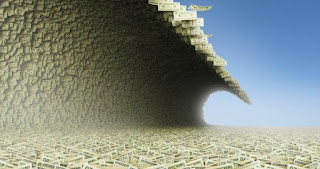 "Can school choice return to its progressive roots?" she asked. She goes back to the days in which she became involved in starting charter schools, to get out from under the heavy hand of regulation and red tape and start a school run by educators who would focus on the stuff that really matters, serving students who has been largely ignored by the system. In those early days, school choice could be seen as a progressive cause. And yet, with the growth in the charter movement came misgivings:

It was the proliferation of charters that made me pause and worry about how choice could work against the values I was presumably promoting. Small schools of choice soon became a way of resegregating where integration had begun to be practiced. It also pitted teachers and parents against each other as they were asked to share limited space. And, soon it began to seem as though it was also a way of dividing a community's efforts at improving all their schools. Bus trips to Albany were conducted by competing groups with competing external sponsors—serving however the same community. And, of course, sometimes families were attending schools in districts where they didn't live and in the process, some districts lost valuable parent leaders and activists who solved their personal interests without tackling the larger dilemmas facing their neighbors.

Meier's question is on the surface pretty simple. Can the progressive impulse be put back in the forefront of the charter-choice question? She didn't ask me, but I'm answering anyway.

And the reason for my answer is also simple.

There are two main reasons that money will remain a barrier to progressive school choice paradise.

First, there's been no attempt to actually fund such a system. Instead, every attempt at a charter-choice system has been founded on the premise that we can fund multiple school systems with the same money previously used to fund just one system. That premise is nuts. The result is a zero-sum Battle to the Death cage match between public and charter schools, resulting in some of the issues Meier notes above. Not enough resources, building space, quality teachers, expensive administrators and just plain funding to go around.

The only solution for this problem is a bunch of brave politicians who will stand up and say, "We think that having a choice-based multi-school system is so important that we are going to appropriate a bunch of new tax dollars to fund it." That seems unlikely, particularly in those states where the legislators are unwilling to fully fund the system they already have.

A charter-choice system as currently conceived is about unleashing the free market, and the free market feeds on money. Many states are well along in the transformation of education from a public service sector to a free market profit-seeking sector, and the result is not pretty. A charter school founded and run by local folks and based on progressive values is already quaint, like a Mom and Pop corner grocery store. There's money to be made in the charter biz, and a whole bunch of people who want to make it.

Free market fans will insist (many of them sincerely) that the drive to make money will lead to top notch quality schools for every child in the US. There is not a lick of evidence to support this view, and plenty of evidence that it is wrong. You can find plenty of arguments here from me, but for the moment, let me just toss out one question-- can you name one business sector that has thrived by producing a top-quality product that gets to every single person in the country? In the meantime, the pursuit of money through charters has led to elbowing aside all obstacles, including the local community members and taxpayers whose school it supposed to be, and satisfying some of the less admirable desires if the marketplace, like a school free from Those People.

As long as education is a big beautiful football field with bags of money buried all through it available to anyone who liberates them, people will show up with shovels and backhoes and plastic forks and dig holes until nobody can really play the game the field was meant for in the first place.

Until charter choice systems are fully funded and carefully regulated, they will never return to their roots. But right now too many operators smell too much money for us to go back easily.