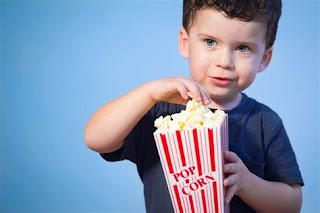 Well, I (among others) told you so. The letter has been tearing around the internet and, apparently, Florida, and yesterday, Moms For Liberty grabbed a high handful of dudgeon and sputtered onto the Tweeter machine: 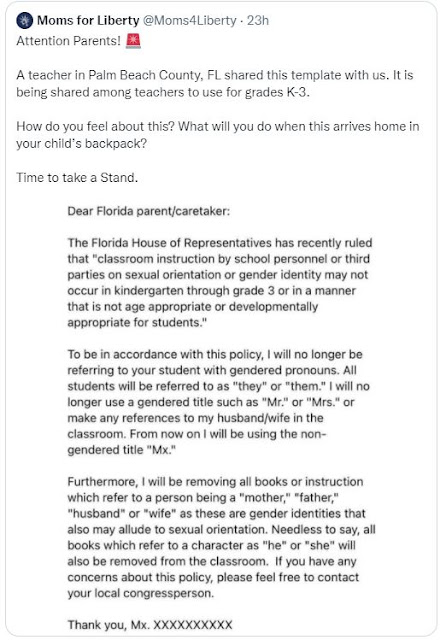 Now all that's missing is for a parent to exercise the right, baked right into the law, to take some school to court for making their child use a bathroom based on gender, or for using books that include mothers and fathers.

Or someone may be trolling the Don't Say Gay folks and this is just a goof from the social medias, That doesn't really change the accuracy of the letter or the outrage of some people reading it. I agree that I will eat my hat if a teacher actually sent or will send it.

Meanwhile, to fight back against this outrage against which it is now time to "take a stand," folks like the Moms for Liberty will have to decide if they want to defend the law by saying out loud that it is supposed to be a Don't Say Gay law and not apply to any heterosexual stuff. Grab some popcorn and stay tuned.

Posted by Peter Greene at Saturday, April 02, 2022
Email ThisBlogThis!Share to TwitterShare to FacebookShare to Pinterest