The post-mortems are rolling in this morning. Some mild suggestions like this one from Ross Douthat: "Democrats probably need a new way to talk about progressive ideology and education." Some chortling Twitter feeds about how CRT panic is a winning issue.
However you parse it, it seems reasonable to assume that a whole bunch of GOP politicos have, in the wake of the Virginia governor's election, will conclude that a winning strategy is to treat public education as a punching bag. Filled with indoctrinators! Naughty books! Race stuff! A bunch of commie lesbians turning your kids trans! A scam to make the unions rich! And, of course, they suck at educating children! 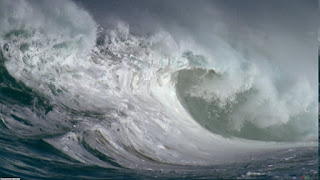 We'll hear it all from various candidates for the next three years because, as of right now, it appears to work. There are, of course, alternative explanations (e.g. Virginia has, 11 out of 12 times, elected a governor from the party out of national power). But this seems like a simple one, and it's easy to do, and the ground troops are already in place in the form of a hundred anti-CRT/masks/vax/closed schools groups. Brandishing the dirty book can be the 21st century's wave the bloody shirt. I'm afraid we're in for three years (at least) of calls for banning books and regulating teacher speech.
It will also look like a winning strategy because Democrats haven't a clue how to push back.
This is more than the usual on-brand Democrat fecklessness. Democrats will have a hard time pushing back because it has been almost a generation since they actively attempted to defend public education.
What's remarkable about the infamous A Nation at Risk" report is not how thin it is--though it is thin. Here's Tamim Ansary writing about it in 2007:
Naturally, I assumed this bible of school reform was a scientific research study full of charts and data that proved something. Yet when I finally looked it up, I found a thirty-page political document issued by the National Commission on Excellence in Education, a group convened by Ronald Reagan's secretary of education, Terrell Bell.
The report was a hatchet job, and yet no Democrats piped up to defend public education. Democrats helped sell No Child Left Behind as a bipartisan slice of baloney. Obama and both Clintons pushed the neoliberal notion that public education needed to be busted up and sold for parts. Democrats have enthusiastically joined in the various attempts to turn the manufactured assertion that "US public schools are failing" into conventional wisdom, a thing that everyone says even though they have no actual proof.
So there's a certain ironic justice, a bitter karma, that Democrats suddenly find themselves facing a political punch in the face because they don't have the language, the background, the knowledge, the experience to simply defend public education. When the left-right détente to "reform" education broke up and the right determined they could just go on by themselves, the Democratic establishment couldn't figure out how to pivot, and now they're caught flatfooted, out of touch with real parents with real concerns, and clueless about what public education really needs. I suppose I should feel some schadenfreude over watching people take a beating because they can't figure out how to take a convincing stand against things like book banning and attacks on public education. Except...
Except it's public education that's going to get beaten up. Fox and OAN and assorted privatizers will double down on the idea that parents just can't trust the schools or the people in them and teachers, who are already staggering through Year 3 of One Damn Thing After Another, will be further dragged around the block by people whose only interest in education is how many votes they get from punching it, followed by privatizers and choicers who will, correctly, see this as an excellent opportunity to pursue their own goals.
I suspect it's going to be brutal. We might describe it by saying that if any foreign power leveled this kind of attack against a valuable public institution, we'd call it an act of war. But while these political firestorms rage, teachers and parents will still, somehow, be trying to educate and raise children in the midst, and my heart goes out to all of them. I can only hope that some politicians will actually see value in stepping up as champions for public education and buck the prevailing political winds.
Posted by Peter Greene at Wednesday, November 03, 2021
Email ThisBlogThis!Share to TwitterShare to FacebookShare to Pinterest