The Loneliness of Tiny Gods

The Week featured an essay earlier this summer by Damon Linker, "The politics of loneliness is totalitarian." It's an intriguing take that reaches back to the work of Hannah Arendt, a great writer to turn to when contemplating the mid-20th-century turn to totalitarianism in Europe. Here's Linker summarizing Arendt:

In her view, totalitarianism is a novel form of government for which the men and women of modern Europe were prepared by "the fact that loneliness … ha[d] become an everyday experience" for so many. The all-pervasive system of the totalitarian regime promised and, for a time, provided an all-encompassing orientation, meaning, and purpose for the masses that they otherwise lacked and craved in their lives.
Many observers of life in these United States have noted a fragmenting of society, with notable works like Robert Putnam's Bowling Alone. We're losing shared public spaces and fragmenting in ways that make social capital harder to come by. 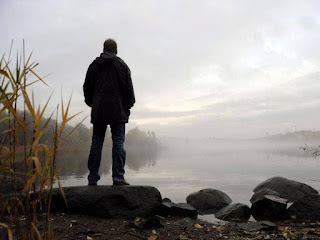 Now comes this summer's Survey Center on American Life showing that the rate of friendlessness has grown from 3% to 15% in thirty years. There has been a corresponding drop on the top end, with the percentage of men and women claiming many friends plummeting.
Arendt makes the case that the friendless look to totalitarianism as a source of greater meaning and purpose. I wonder if we aren't also seeing a growing trend fueled by technology--you have the power to be a small god in your own self-contained world, and so the usual trade-offs of relationships loom larger.
Every relationship (friendship, romance, what have you) involves a trade-off. You give up a little freedom, a little control over your personal universe, your ability to have things just the way you want them.
We used to get plenty of training for that sacrifice, because we lived in a series of shared spaces. One tv in the house with only a few channels to choose from. Few radio stations within reach that had to be listened to in shared airspace. And, of course, school, where we shared all the space with a succession of people and under the control of various adults. Being a high school senior allowed a brief sense of being the center of the universe, to be swiftly wiped away by entry into the world.
Now, one can grab a laptop and a smartphone and disappear into a personally curated bubble, never needing to give up an ounce of godhood and able to develop relationships of a sort with other like-minded gods.
In this context, I find school choice and public school segregation via gerrymandered districts disturbing trends. There's a reason, I suspect, that school choice has gathered such steam in the last few decades, and part of it I fear is the growing desire to extend our tiny godhood over our children's world so that we can grow children who don't disturb our universe (see also the anti-CRT aka the anti-letting-my-child-learn-things-I-don't-know movement).

Putnam's most recent work, The Upswing, argues that we've been here before and the pendulum between "me" and "we" is about to swing back, but I can't say that I see many signs of a reverse. Instead, looking through this lens, I see a thousand examples and symptoms of how we are building our own loneliness traps while clutching at power over our steadily shrinking personal universe. It is not healthy for education and schools to be caught up in this trend, but whenever the winds of society blow west, schools always move toward the sunset.
Posted by Peter Greene at Wednesday, July 28, 2021