History and the Unreliable Narrator

Most English teachers have somewhere in their pocket that lesson about Edgar Allan Poe's "The Telltale Heart." The story is narrated by a guy who's clearly in the grip of madness, and so we have to filter what he tells us through our understanding that what he's reporting is not what another observer might see. He's an unreliable narrator, a literary trick that Poe perfected, which is why for all Poe's reputation as a teller of scary tales, there's nothing in Poe that is undeniably supernatural. Mostly it's just subjective madness, filtered through the unreliable narrator's twisted lens. 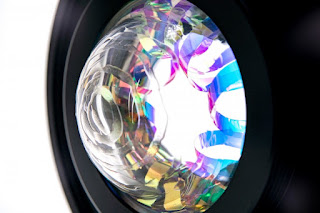 Narrators can be unreliable for a variety of reasons; they may be deliberately misleading or simply unaware of their own blind spots and biases.

Poe is obviously not the only author to present us with unreliable narrators. And even authors who are not always associated with the technique present us with versions of it. Ernest Hemmingway is often cited as an example of an author who presents unvarnished, cold, hard views of the events in his novel, but even his narrators require us to sort out what is really happening. Take this snip from The Sun Also Rises:

One of them saw Georgette and said: "I do declare. There is an actual harlot. I'm going to dance with her, Lett. You watch me."
The tall dark one, called Lett, said: "Don't you be rash."
The wavy blond one answered: "Don't you worry, dear." And with them was Brett.
I was very angry. Somehow they always made me angry. I know they are supposed to be amusing, and you should be tolerant, but I wanted to swing on one, any one, anything to shatter that superior, simpering composure. Instead, I walked down the street and had a beer at the bar at the next Bal. The beer was not good and I had a worse cognac to take the taste out of my mouth.
It's the first time we see Brett, and Jake, our narrator, tells us everything except how he feels about her reappearance. It's left for us to sort out his reaction to her and what it tells us about him.
Nor are unreliable narrators confined to fiction.
All history has to be treated as the work of unreliable narrators, because every writer has to make choices. If I write a biography of Abraham Lincoln that carefully and exactingly reports every detail of his life, you will need as much time to read about his life as he took to live it. So choices must be made.
Writing about history rests on a thesis and a judgment. If I'm writing about, say, the Civil War, I need a thesis, a main idea, a central point, a lens, an idea of what my book is going to be about. That guiding idea becomes my measure for the mountain of details I face, helping me decide what to keep and what to throw away. If I'm unscrupulous, or excessively committed to one viewpoint, I might throw out a bunch of contradictory detail, but even if I'm a scrupulous historian, everything gets passed through that lens I've created out of my own view of the world and the lens I've crafted based on my own ideas and studies. This is how there can be a gazillion Lincoln biographies with more still coming--because each passes his life through a unique and different filter.
And so even the writer of a history is unreliable, and the work will tell me much about that writer as well as the subject matter. Biographies may be the most prone to this effect, simply because it's hard for a biographer to spend that much time with a person and not develop feelings about their subject.
I suspect that the belief in a reliable narrator is a function of our video age. Movies and television rarely give us am obviously unreliable narrator, and the use of a camera creates the illusion that we are just looking at the clear unvarnished unbiased truth. But, of course, someone has made decisions about where to point the camera, how to frame the shot, how to edit the bits of film. In fact, visual storytelling is solidly based on unreliable narration, telling us, for instance, that Vin Diesel just plucked  a woman out of the air after she was flung from the back of a speeding tank when in fact no such thing happened at all.
We are surrounded by a glut of evidence that the world is filled with unreliable narration. In fact the work of Einstein and the physicists (quantum and otherwise) who came after him tells us that things we think of as immutable and objectively dependable--time, space, gravity--aren't that way at all. Time and space are what we subjectively perceive them to be. Heck, we still don't even know how gravity even works.
And yet.
Yet somehow, we have folks who demand that history be taught as "just the facts" or "objectively" or "without any kind of bias."
It cannot be done.
Everyone is an unreliable narrator. That's one reason that relationships matter--because if we know and understand someone reasonably well, we can factor in the filter through which they pass their version of reality, to better understand how it would look from the unique and subjective place where we ourselves stand.
This is also why words matter and why, in my universe, it's immoral and unethical to use them to obscure and distort rather than to clarify and reveal. I'm not arguing that all ideas and viewpoints are equally valid and that everything is true and nothing matters--just the opposite. Really look, really listen, and really think about what you've taken in, and then express that honestly. Don't lie, and don't bullshit people--but also don't ever sit back and think that you never need to be open to reconsidering an idea ever again.
To insist that you don't need to take in any new ideas or observations or information about anything is to be willfully ignorant and to damage your own understanding of the world and your place in it. To insist that there is an objective and unbiased view of events is really to insist that everyone accept and agree to your own personal view and that people who have a different view just shut up, already. Which is the current stance of the anti-anti-racism crowd.
So this has gotten kind of heavy (or at least thick) so I want to leave you with a children's book which is an excellent example of how unreliable narrating can work. If I were still teaching, I'd be making all my students read this. But you get a special edition read by David Harbour.
Posted by Peter Greene at Saturday, July 24, 2021
Email ThisBlogThis!Share to TwitterShare to FacebookShare to Pinterest