The House Appropriations Committee has caused a stir with one tiny paragraph in its 198-page health, labor and education spending bill.

SEC. 314. None of the funds made available by this Act or any other Act may be awarded to a charter school that contracts with a for-profit entity to operate, oversee or manage the activities of the school.
Charter advocates are flipping their collective lids because this would mean real trouble. It's almost as if the modern charter movement would collapse if it didn't include a chance for someone to hoover up a bundle of sweet sweet taxpayer dollars. 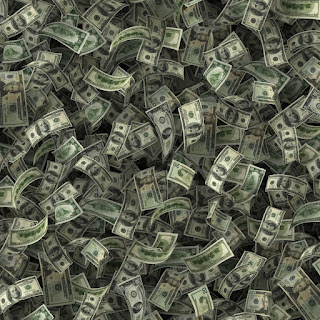 The problem for the charter sector is the large number of charter schools that are fronting for profiteering enterprises. I've often made the point that many for-profit charters hide behind non-profit fig leaves. Bruce Baker made the valid point on Twitter that it's not really about for- or non-profit so much as it's about "specific practices, financial arrangements, related party transactions and disclosures." It's possible that the House's blunt instrument could be effectively replaced by actual regulations governing how charters operate.
But right now, charter advocates are up in arms and calling on the troops, leaning heavily on a couple of arguments. One is old and worn, and the other is an attempt to use an inaccurate argument to muddy the water.
The old favorite is "for the kids." If charters are defunded, the argument goes, it will hurt the poor and brown and Black and special needs students, and so shame on Congress for threatening them. This is well-worn territory, and I'm not going to rehash it at the moment (what about all the poor and brown and Black and special need students that charters deliberately choose not to help).
Instead, I want to point out some problems with this argument. First, it's a silly extension of the non- and for-profit distinction. "We charter school operators are in it for the kids, but we have to hire profit-based outfits to help make it happen," is a variation on the attempt to distance charter schools from the profit motive, as if charter schools and charter management organizations are completely different and separate beasts. Honestly, I'm coming around to wishing that for-profits hadn't been outlawed in most states so that we didn't have this attempt to hide all the profiteering behind masks and smoke and mirrors. Charters never fought hard against outlawing for-profits because they knew it was a bad look and incompatible with "for the kids" marketing and political posturing. Charter schools and CMOs are two ends of the same animal, and trying to point at your butt and say, "It's not me--the poop comes out of that end" is disingenuous at best.
Besides, if you really are all about serving the students, you could just stop making profits. If your East Egg Charter hires East Egg CMO to run the operation, just hire the top people from East Egg CMO to work at your school. Hire the East Egg CMO as your curriculum director or chief administrator. You could save money because you would just hire people without having to also finance the profits for East Egg CMO. There is no earthly reason that charter schools have to involve somebody making a profit (Exhibit A: All the public schools in America). This is one of the slickest pieces of PR that modern reformsters have pulled off--to get everyone to accept the unchallenged assumption that school choice must include the chance for private operators to turn a profit.
The just-plain-not-so argument is here in this email from Nina Rees, head honcho of the National Alliance for Public [sic] Charter Schools, sent out to her supporters.
We are under attack in a new education funding bill proposed by Congress to cut off ALL federal funding for charter schools. That includes cutting funding for students from low-income communities and students with disabilities who attend our schools.
The reason? Congress wants to punish charter schools for contracting with businesses to help run their schools. Even though those very same businesses contract with nearby district and magnet schools.

If this passes, charter school leaders would be forced to choose between accessing the federal funds their students are entitled to or working with businesses to provide the supplies and services their students need.
Emphasis mine. Rees would like to suggest that the House bill targets things like hiring bus companies or cafeteria operators. It doesn't. Rees is invited to give examples of public schools that, for instance, enter "sweeps" contracts to companies that run all of the daily teaching operations of the school in return for 95% of the school's revenue.
Nor does the bill propose to cut all federal funding for charter schools. Any charters that are actual non-profits, both directly and indirectly--and they do exist--will be just fine. The only people who are threatened by the bill are those who use charter schools to turn a profit. Heck, even charters that pay administrators obscene salaries but don't turn a profit for some private organization--even those folks would be just fine. But Rees doesn't frame this as a threat to private companies' bottom line because making sure that East Egg CMO makes a bundle this year isn't very For The Kids.
You're going to hear plenty of charter advocate panic over this part of the spending bill--just remember that all this chicken littling is about protecting the bottom line of companies making money from the charter school biz. It is the very opposite of For The Kids, because every cent spent on The Kids is a cent that doesn't go into profiteer pockets. Don't be fooled. The sky is not falling; just the roofing on some very comfortable private villas.
Posted by Peter Greene at Thursday, July 22, 2021
Email ThisBlogThis!Share to TwitterShare to FacebookShare to Pinterest