Call Made For DeVos To Cut Off Fraudulent College Chain

Last week, an assortment of organizations signed off on a letter to Education Secretary Betsy DeVos, from the AFT to the Feminists Majority Foundation to the Education Trust to the Young Invincibles.

This crew came together to insist that the time has come for the department to finally cut the Center for Excellence in Higher Education (CEHE) off from any federal money. Let me give you the short form explanation of what's going on, because among other things, it's a great demonstration of how the non-profit private school dodge is still a great way for hucksters and grifters to collect a mountain of money, much of it from the taxpayers, and how these profiteers have burrowed into the department of education.

I'm going to lean heavily on the work of one other co-signer-- attorney David Halperin, who has followed this tale for years. And I'll warn you up front--this is a twisty mess. 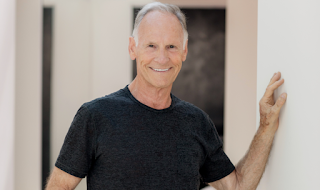 We can start back in 2012. Carl Barney the owner-operator of several for-profit colleges including Stevens-Haneger, CollegeAmerica, and California College. According to Patricia Cohen in 2015 at the New York Times, in 2012 Barney sold these profit schools to a Denver non-profit, the Center for Excellence in Higher Education. According to court documents, that non-profit consisted entirely of just one guy--Carl Barney. Hold onto your hat for this next part.

Barney has always been a busy guy, but only a few critics have really gone digging as much as this website--I'm going to stick to the highlights.. Born in England, he ended up in Australia in the mid-60s where he got himself involved in Scientology. He later brushed that off as dabbling, but one researcher says Barney did far more than dabble, rising through the ranks to the level of Operating Thetan and taking yacht trips with L. Ron Hubbard. By 1975 he was calling himself "Reverend Barney" and owned several dianetics franchises. In 1979 he was drummed out for operating independently of the parent organization.

Sometime in the seventies, sometime in his late thirties, Barney discovered Ayn Rand. And sometime after that, he got into the for-profit college biz. And sometime around 2012, the regulations governing that money train started to tighten up. In a not-entirely-honest 2016 interview with that same Patricia Cohen, he portrayed the selling of his for-profits to CEHE as a great personal sacrifice.

He founded of the Prometheus Foundation in 2014, an outgrowth of his devotion to the works and philosophy of Ayn Rand, so yes-- the world's only openly objectivist venture fund. He also "conceived, planned, and funded the Ayn Rand Institute’s ARI Campus, now Ayn Rand University." Along with John Allison and the Koch brothers, he has been one of the top funders of the ARI until 2018, when he dropped out of that field.

There's plenty more, but you get the general picture of the guy. Barney has dealt with a long string of legal issues.

There were lawsuits involving former employees like Debbi Potts, who resigned from one of Barney's schools after she was asked to participate in and conceal various frauds.

In 2018, the Accrediting Commission of Career Schools and Colleges put nine of CEHE's schools on probation, based on a history of reviews going back to 2012 and including a variety of bad behavior involving lying prospective students and other issues with integrity. It came down to this:

The Commission found that the record shows that the inputs, resources, and processes of CEHE schools are designed and implemented in a manner that is not designed for student success.

The CEHE model is a familiar one for these kinds of fraudsters, with all the company's resources focused on recruitment of students. The sales force--admissions office, if you will--could make six figure salaries, far more than actual faculty who made $22 per hour. Students would complete programs, and when they discovered that this qualified them only for low level jobs that didn't actually require a degree, the schools would try to sell these students an advanced degree program. These were not nice people-- the commission particularly called out "the attempt by CA-Flagstaff to blame low rates of student success on the ethnic culture of its students."

And in 2016, after the feds tried to deny CEHE non-profit status, CEHE sued the Department of Education. Under Secretary of Education Ted Mitchell, an Obama-era hire who was not exactly hostile to these sorts of outfits in a department that was not particularly aggressive about cracking down on predatory colleges (see: the Corinthian College saga)-- even that guy smelled a rat:

"Schools that want to convert to non-profit status need to benefit the public," said U.S. Under Secretary of Education Ted Mitchell in a release about the decision on Aug. 11. "If the primary beneficiary of the conversion is the owner of the for-profit school, that doesn't meet the bar. It's not even close."

In the long run, that lawsuit didn't matter, because after 2018, the Obama-era department was out, and the business-friendly Betsy DeVos was in. Among her hires were folks like Diane Auer Jones and Robert Eitel, both previously working as executives at Career Education Corp, yet another predatory fraud factory that had to settle up with 48 states' Attorney Generals (now rebranded as Perdoceo). Jones in particular has been implicated in some shady work to protect some of thes predatory outfits. All taken together, plus DeVos's widely noted reluctance to actually follow through on the rules about reimbursing defrauded students, and you get an atmosphere in which outfits like CEHE can relax.

CEHE withdrew its lawsuit against the now-DeVos ed department, and ACCSC okayed their accreditation with some probationary rules. In October of 2018, a bevy of senators, including Dick Durbin and Elizabeth Warren, called on DeVos to take a closer look, noting among other things that CEHE has hoovered up over $1 billion in federal Title IV student aid money. Nothing came of that, but some states were not waiting for the feds to take action.

Colorado's AG took the chain to court in 2017, and this August the judge slapped them with a $3 million judgment. The decision and order takes up 160 pages. That's a lot to take in; let's just go to Halperin's summary--

The opinion meticulously documents how Barney’s schools used a detailed playbook to manipulate vulnerable students into enrolling in high-priced, low-quality programs; how the school directed admissions representatives to “enroll every student,” regardless of whether the student would likely graduate; how the schools’ recruiters and advertisements greatly overstated starting salaries that graduates could earn; how the schools falsely inflated graduation rates.

The document covers a ton of specific instances of fraud and misbehavior:

A notable witness presented by the state was a student whom CollegeAmerica managed to sign to enrollment agreements for three separate programs, including a bachelor degree in computer science, even though, it turns out, the student has a “permanent and total” cognitive disability and thus was unlikely to benefit from the programs. One of the degrees cost $56,000. This student also was presented at trial with a “Satisfactory Academic Progress” appeal that he purportedly filed with the school, asking to remain in a program he was flunking. He testified that he didn’t write it. The ex-student now works at a dishwashing job set aside for disabled people.

Not that all tgestimony was against CEHE. Diane Auer Jones, back in 2017 and before she went to work for the USED, was paid $50K to provide some testimony that Halperin calls "absurdly implausible."

The $3 million is peanuts to an operation like this, but it sends a message and the findings make the message extra-clear. And that brings us back to the letter with which I kicked off this post.

Following the ruling in the CEHE matter, it is incumbent on the Department to take steps to protect the integrity of the student loan system by immediately terminating CEHE’s access to Title IV, by providing the full student loan relief that borrowers who attended CEHE institutions are entitled to receive, and by proceeding against CEHE and its owners in order to recover liabilities stemming from the defendants’ fraud.
At this point, it hardly seems difficult to conclude that CEHE is among the many predatory fraudster colleges that should be cut off from federal loan money, if not simply taken to court and put out of business (and perhaps in jail, because if I personally stole $1 billion from the feds, I'm betting I would be sitting some place dark and uncomfortable).