I interviewed a teacher who is leaving the profession in June. I asked her why she was quitting.

Her response:
“I was told to teach to the test...that if it’s not a test-taking skill, don’t teach it. I didn’t become a teacher to help kids become better test-takers.”#EdChat
— Fixing Education (@FixingEducation) March 9, 2020


I wish the teacher hadn't slipped into passive voice. I wish she had said, "Principal Testy McScoresuck told me to teach to the test." Because administrators like this need to be outed. They need to be held up before the world as people helping to facilitate the creeping educational malpractice rooted in high stakes testing. 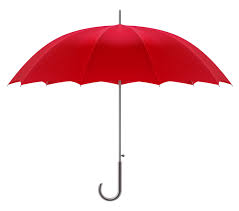 NCLB, Race to the Top, Common Core, the high stakes Big Standardized Tests-- each of these bad policies is bad for many reason, but the biggest one is this: instead of helping teachers do their jobs, these policies interfere with teachers doing their jobs, even mandate doing their jobs badly. In each case a bunch of educational amateurs pushed their way into schools and said, "You're doing it all wrong from now on, you have to do it like this," like medically untrained non-doctors barging into a surgical procedure to say, "Stop using that sterile scalpel and use this rusty shovel instead."

That was bad. But it is base betrayal when, in that situation, management turns to its trained, professional workers and says, "Well, you heard the man. Pick up that rusty shovel."

NCLB and its "every student will be above average by 2014" was bullshit, and everyone in education knew it was bullshit, that by 2013 every school would be either failing or cheating, but too many school administrators didn't say, "You just do your job. I'm going to spend an hour of every day calling our legislators and explaining what bullshit this is." Instead too many said, "Look, here are some test practice books. We'll give some practice tests, identify the students who are close enough to drag over the line, keep our heads down, and maybe they'll fix the rules by the time it becomes hopeless." In other words, "You heard the man. Pick up the rusty shovel and at least pretend to use it."

By the time Common Core, Race to the Top waivers and waiver lite rolled around to ramp up the high stakes on the back end and attach amateur-hour standards on the front end, many administrators were already broken. Instead of "Oh, hey, wait a minute," they responded with "Well, maybe this will blow over" or "Nothing we can do about it but bend to the state" or "Get in there and teach to the test."

The argument has been that the federal and state authorities have mandated all of this, and in some states where test results have been used as a method of targeting public schools for destruction, the emphasis on the Big Standardized Test has been hard to avoid. In most states, the BS Test score has become part of every public school's profile, and it's hard to resist the urge to do something about going out in public with that big black eye.

I get all of that. I get the tremendous pressure that some administrators must feel to teach to the test. But it's still wrong. And when the rain starts, the role of a good manager is not to stand to one side and say, "Why the hell are you getting so wet, anyway?"

Administrators have offered a wide variety of responses over the years from the naive (Just teach the standards and the test scores will take care of themselves) to the heroic (Just do your job, and I'll manage whatever flak comes at us). And the same policy approach in a building can come with a variety of faces from sympathetic (I know this sucks, and I'm sorry) to abusive (Get your damn numbers up or I will be assigning you lunch monitor duty forever, you miserable slacker). Sometimes, of course, there are two or three faces involved in the same building.

Bottom line: when education policy is dictated from the top down, it often arrives at the classroom door wearing the face of the building administrator, and the amount of damage done by the bad policies of the last two decades has been affected, for better or worse, by district administrators.

Posted by Peter Greene at Wednesday, March 11, 2020
Email ThisBlogThis!Share to TwitterShare to FacebookShare to Pinterest