Moms for Liberty is one of the frontline groups fighting against "critical race theory" and a whole lot of other things. Launched initially as anti-maskers and anti-school closers, they quickly moved on to anti-race stuff. They are another of the groups that has hired some pros and generally displayed available resources that are impressive--even unbelievable-- for just a group of moms. 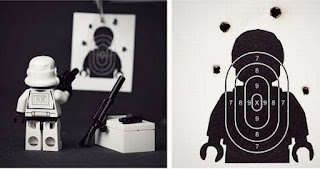 They're also an excellent example of how "Critical Race Theory" has become an umbrella term, a socially acceptable way to say, "I want all that Black race stuff out of my school."

MFL franchises itself through local activists, like the Tennessee chapter run by Robin Steenman, whose child attends private school but who is nonetheless "fed up with the way the public schools of Franklin, Tennessee are teaching kids about race."

Tennessee is a soft target for these attacks on public education because it has a law against "critical race theory," except of course that hardly anyone throwing the term around has any idea what it means or how one would prove that a public school teacher was teaching it, despite Governor Bill Lee saying that it's un-American.

Steenman sent a letter to the state Department of Education in June accusing Willamson County Schools of violating the state's gag law, but the specific charges are chilling. The Daily Beast reports on an 11-page appendix to the letter, a spreadsheet of all the objections submitted by parents, and they are--well, covering a very broad spectrum

Accompanying that letter is an 11-page spreadsheet with complaints about books on the district’s curriculum, ranging from popular books on civil rights heroes to books about poisonous animals (“text speaks of horned lizard squirting blood out of its eyes”), Johnny Appleseed (“story is sad and dark”), and Greek and Roman mythology (“illustration of the goddess Venus naked coming out of the ocean...story of Tantalus and how he cooks up, serves, and eats his son.”) A book about hurricanes is no good (“1st grade is too young to hear about possible devastating effects of hurricanes”) and a book about owls is designated as a downer. (“It’s a sad book, but turns out ok. Not a book I would want to read for fun,” an adult wrote of the owl book in the spreadsheet.)
There's way more in the list of 31 objectionable books. Spanish and Creole words might be "confusing for children." A fictional Civil War book is naughty in part because it depicts "out of marriage families between white men and black women." Someone objects to a book about Galileo because there is no "HERO of the church" to contrast with their mistakes in persecuting the astronomer. Also, there's too much sexy picture of sea horse mating in a sea horse book.
This is right on par with the York, PA district that "froze" the use of some books (not a ban, nosirree) including books like I Am Rosa Parks by Brad Metzler, a really well-done children's book about her work (he's got a million kid biographies--you can see his work on the PBS Xavier Riddle series). I've read this book to the Board of Directors at least a zillion times, and there seems little to be upset about unless you find it objectionable that a couple of white people are depicted as being mean to her. After student protests (and lots of bad press), York's all-white board reversed the ban.
But this appears to be where we're headed. Anything that parents or random citizens don't like, anything at all, can now be protested or reported to the authorities. Just say the magic words ("critical race theory"). We're talking broad, wide, stormtrooper-caliber aim, and it would be funny if these wild shots weren't hitting real targets, actual live students and teachers.
Posted by Peter Greene at Friday, September 24, 2021