Bipartisan School Choice Is Over

This has been coming for a while. After the bipartisan launch of No Child Left Behind and the desire to advance bipartisan support during the Obama administration (and into the presumed Clinton administration thereafter), a kind of deal was worked out between the right and the left, and school choice was presented as a hybrid that could appeal to both right-tilted free marketeers and left-leaning social justice advocates (profiteers, as always, are both politically agnostic and financially opportunistic). 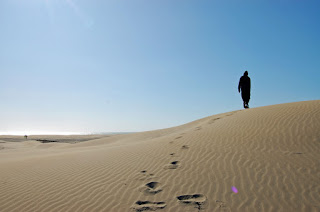 Strike up a debate about school choice and you were as likely to hear about the power of competition and the free market as you were how school choice would finally bring equity and uplift to children trapped in an inequitable system.

But then the truce began to crumble. Trump and Betsy DeVos didn't help--suddenly certain policies were toxic for lefties. But the fault lines were noted even earlier. In 2016, Robert Pondiscio (AEI) drew some reformy ire by saying out loud that the left and right were not getting along any more. A year and a half later, Kate Walsh (NCTQ) was wondering if the movement had lost its way, citing a new orthodoxy that required reformsters to Be Performatively Sad about certain past failures.

Many observers have followed this dissolving partnership (Jennifer Berkshire has covered it exceptionally well-- try here and here) looking at the causes. Part of the issue has been that Democrats were always the junior partners; school choice has been near and dear to conservative hearts for generations, while Democrats were brought into the fold more recently. Often they were simply Democrats of convenience, as typified by Democrats for Education Reform (DFER), a group whose creation hedge funder Whitney Tilson described thus:

“The real problem, politically, was not the Republican party, it was the Democratic party. So it dawned on us, over the course of six months or a year, that it had to be an inside job. The main obstacle to education reform was moving the Democratic party, and it had to be Democrats who did it, it had to be an inside job... In fact, our natural allies, in many cases, are Republicans on this crusade, but the problem is not Republicans. We don’t need to convert the Republican party to our point of view…”
Democrats came into school choice on the theory that choice would bring improved education results and lift people out of poverty. Technocrats thought disruption--moving fast and breaking things--would revolutionize education. But none of that happened. Years--decades--passed and test scores didn't rise and charter schools didn't provide genius new education ideas and the gaggle of education amateurs running about didn't actually have any great successes and poverty was not erased.
For folks sitting on the right side of the aisle in the school choice chapel, that was not a problem. They could easily pivot from discussing results to extolling the value of choice itself. Freedom, liberty, choice--all are their own reason for being and injecting those qualities into the school system is a net good, regardless of the results.
You can see the effects in recent choice victories. There have been a host of them in 2021, and they are all about vouchers and expanding existing programs and pushing toward the literal holy grail of public tax dollars going to private religious schools. Charter schools were never a right-side priority. Watered-down choice, charter schools were a foot in the door, a compromise with Democrat neoliberals. But true believers like DeVos were never real fans (we forget now that charter advocates were not excited about her nomination, requiring her to make nice when taking office). Charter schools live attached to the public system (like symbiotes or parasites, depending on how you feel about them), while vouchers simply grab sustenance before it ever gets to the public system. Charters look to expand the public system, and have staked their future on demanding to be called "public" (they aren't); vouchers are out to replace the public system entirely, just as Uncle Miltie Friedman envisioned.
If you want a more official declaration of the death of bipartisan choice, look no further than this recent report by Jay Greene (University of Arkansas now at Heritage Foundation) and James D. Paul (Education Freedom Institute). This report is pretty brutal. "Does school choice need bipartisan support?" might as well be entitled, "Buh-bye Dems: Who needs you?"
"We do not suggest that anyone should be excluded from the education reform coalition," they conclude. "But advocates for choice should be clear-eyed about the types of lawmakers who have historically done the heavy lifting on the house and senate floors." And as the report lays out, those are Republicans. It is not worth it, the report suggests, to craft policy to attract Democrat votes and in the process, lose dependable GOP support. Only three times in 70 did a state legislature need Democrat votes to support private school choice which, the report notes, "has historically been a Republican priority."
Further evidence of which way the choice wind is blowing? Greene and Paul recommend that policies should be designed to "increase the constituency for school choice and reflect the values of legislators who have been responsible for the existence of such programs." In other words, dance with the guys what brung you. And the policies mentioned are vouchers, tax credit scholarships, and education scholarship accounts (aka "vouchers, another kind of vouchers, and a third kind of vouchers"). The word "charter" does not appear at all in the report.
Bipartisan school choice is over, and it's going to have an effect on how choicers make their pitch and craft their policies. We'll want to pay attention.
Posted by Peter Greene at Wednesday, September 29, 2021