There is something to be said for toughness, for sucking it up and getting the job done, for stepping outside of your comfort zone and braving unknown (or known) challenges. We expect it from certain professions where, like fire fighters, the job is to run toward what everyone else is running away from. 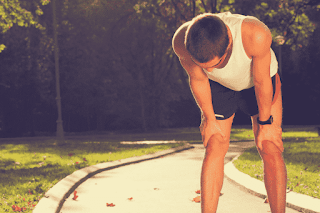 It helps to be tough. Human beings are often driven by fear, and the best way to deal with that is not to deny the fear or live your life by rules that you believe will keep scary things out of your life or to try to convince yourself that you knew the secret of winning every battle. The most useful thing is to be able to look at the scary something and say, "I can handle this. Whatever comes out of this, I'll still be standing." In all those decades of teaching, I often found that part of the gig was to convince students that they were tough enough to handle whatever was in front of them.

Call it resilience, guts, fortitude--you can even call it grit as long as you don't start citing research about it. But don't pretend that it's some sort of innate quality that can be measured in early childhood, and not, say, some result of background and circumstance.

And always remember that, like virtually every other human quality, it comes with an ugly, toxic twin.

Discussion of toxic toughness has been elicited by the reaction among certain far right comments about Simone Biles. Charles Sykes, over at Politico, collected the worst and tied them up in a big rough bow:

But if the attacks lack a coherent idea, they share an increasingly familiar posture. Despite all the rhetoric about individual freedom, the real fetish on the right is toughness.

Men who show emotion, especially those who cry, are weak. Young women who fail to perform are “quitters.” All that matters is strength, winning and a weird obsession with machismo. Just look at Trump’s rebuke on Wednesday of the “RINOs” he accused of helping Democrats get the infrastructure deal passed: “It is a loser for the USA, a terrible deal, and makes the Republicans look weak, foolish, and dumb.” Not responsive to constituents or committed to bipartisanship but weak.
And Sykes recognizes the sentiment.
“What is good?” asked Friedrich Nietzsche. “Whatever augments the feeling of power, the will to power, power itself, in man.”

What is evil? “Whatever springs from weakness.”
This kind of might worshipping is toxic, tainting both the lives of individuals and the soul of a culture. Nancy Flanagan writes about one example of a teenager pushed by a coach/director to "tough it out" with what turned out to be a badly broken wrist. It's a story familiar to everyone who has been around athletics, where young players are too often asked to sacrifice their own health for winning and some toxic ideal of toughness that pushes through every adversity, no matter the cost.
Sure, this is one more pendulum that can be swung the wrong way (school athletics do not exist merely to propel one child's dreams of stardom), but students should not be incurring injuries that will pursue them for the rest of their lives in order to chase performance glory that will not.
But the toxic toughness that Sykes writes about has larger, worse effects, because it lends itself so nicely to a fascist mindset.
There's an old saw that your freedom to swing your fist ends at the point it meets my face. But in the land of toxic toughness, nothing, not even my face, can be allowed to interfere with your fist's freedom. If there's a problem, it's that my face and I weren't tough enough to withstand your fist.
In the land of toxic toughness, it's perfectly okay to bulldoze over, smash through, beat down, and otherwise trample other people because whether or not they can withstand it depends on them and whether or not they are tough enough to deal with it (this also applies to psychological assault, gaslighting, stress, etc). Weakness is the most unforgivable personal failing. Not only will I not empathize with the weak, but I dare not, because to do so would mean harboring feelings of weakness myself, even second hand, and that is the uber-failing that I can never allow. Likewise fear--the admission that I might be weaker than a challenge before me--is a contempt-worthy emotion.
Toxic toughness is not healthy for society, and it's certainly not healthy in schools. We do not foster healthy strength by knocking students down and then daring them to get up again, or by sacrificing their health by demanding they display a willingness to push beyond healthy limits.
What we think of as mental toughness looks a lot like social and emotional intelligence and mindfulness, an awareness of who you are, how you feel, what's going on in the people around you, and what your own true limits are. I vote for more of that and fewer demands that young people burn themselves out because adults are entertained by the flame.
Posted by Peter Greene at Friday, July 30, 2021