The standard argument for school choice is that it will empower all sorts of folks, but it's just not so. In fact, modern school choice is designed to deliberately strip power from all sorts of public education stakeholders.
Unions
Let's start with the most obvious--one big dream of choiceniks is to finally break the damned teachers unions. You can see in pieces like the one I discussed yesterday just how badly some conservatives want to make teachers unions go away; for some hard righty folks, the entire public school system is just a scam set up to generate revenue for the unions, which in turn function simply as a fund-raising arm of the Democratic Party. 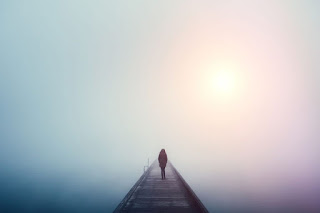 The charter dream model has been built around the fully-empowered visionary CEO, who should be free to do whatever his vision tells him needs to be done without government regulations or union contracts limiting his options. For charteristas, freedom to hire and fire at will, to extend the work day and work year as far as they wish, and to set work conditions as they wish are all an essential part. They want to "empower" teachers to obey whatever orders the boss wants to implement.
Vouchers of course move us into the world of private schools, where unions have never been a factor. Moving teaching jobs out of public schools and into private schools (particularly private religious schools) automatically turns them into non-union jobs.
Taxpayers
Every choice system, but most especially vouchers, disempowers all taxpayers who have no children. Only families get to decide where the kids go to school, taking in their backpacks not just their own taxpayer dollars, but the dollars of other taxpayers. In small districts like the ones in my region, you can see the effect starkly--a dozen families can unilaterally decide to cut funding to the public school system by three quarters of a million dollars, and the rest of the taxpayers have no say, nor do the school board members they elected to be stewards of their tax dollars.
Taxpayers may object to the diversion of spending. They may object to a voucher system that allows their tax dollars to support a school that rejects students (and faculty) who are Black, brown or LGBTQ. Under such a system, those taxpayers have no say and their elected representatives have no power.
Parents
But how can that be. Betsy DeVos continues to insist that her vouchery dreams are all about empowering parents. Won't having choice in a free marketplace make families the rulers?
Well, no. Nobody in any sector of the free(ish) market has a business plan that calls for making all possible customers happy. Same is true of charters and private schools. I defy you to find me a head office of any non-public school in the country where they ever have a conversation bout how to reverse the loss of parents "voting with their feet." Catholic schools are perfectly comfortable making it clear that not all students are welcome. Big time charters like the Success Academy chain bend parents to their will, not vice versa. Any parent who sits in an office and declares, "You better fix this or I'm outta here," is most likely going to get polite directions to the door. Charter and voucher schools don't need all the customers--hell, they don't want all the customers, especially the expensive hard-to-educate ones. They just need enough customers. And that's always way fewer than the total available. It's a supply and demand thing--the supply of students far outstrips the number of seats that the schools need to fill
Here's another good explanation of how this works, from the podcast Have You Heard. In the 100th episode, Jennifer Berkshire and Jack Schneider scored an interview with Charles Siler, a veteran of the Goldwater Institute. Talking about the hosts' new book (A Wolf At The Schoolhouse Door--you need to get this), Siler explains the far right's dislike for collective action, and how that extends to parents--
They hate collectivized labor, but it's not just labor. They hate collectivization. And not just in the like economic sense of socialism or communism. If you look at what they do to democracy, like they hate direct democracy, voter suppression is a part of it. Why? Because it's, it's public collectivization. So like when you defeat all of the unions, people start to turn to the ballot to increase the minimum wage, right? It's the last place they have for kind of collective action where they protest in the street, a place for collective action, which they also work to curtail. But one of the things that I think is really critical for school privatization is that it isn't just about dismantling the collective power of organized labor. It's also about breaking up the collective power of the consumer. And so by individualizing education, you remove PTOs, you remove districts and, and families with homes.
Like I own a home in a very like desirable school district. You remove these ways that make it easy for parents to, to collectively organize and fight for good education. They talk about, and you alluded to this quite a bit like the Uberization or making education like Amazon, you think Amazon gives a shit. If I have a bad customer experience, I could spend hours complaining about some issue I have and they don't care. And that's what they want for public education. They want to disempower families. So it's not just collective labor, it's collective power of individuals that they see is, I mean, really internally, like they see as kind of lesser people, there's definitely a disparaging eye to people they see as takers, even though they're doing the greatest amount of extraction of wealth and resources that they can.
Who Isn't Disempowered? Guess.
With no collective or empowered group to stand against them, privatizers get that much closer to living in the land of Do As They Please. It's not better for students, for families, for education, for the country; it's better for them.

This is a unifying them for the "democracy is not the point--liberty is" crowd-- collectivism is bad. Well, bad in the sense that in order to be part of a collective, like a team or a board or a democracy or a functioning society, you have to give up some of your individual liberty. But the rich and powerful have accumulated a huge amount of liberty for themselves, and they would like to give up as little as possible. A publicly owned and operated school system is just one more obstacle to their perfect liberty state. Disempowering all the Lessers just helps them get closer to that fabled state.
Posted by Peter Greene at Sunday, November 01, 2020