Music and the Death of Shared Spaces

I play in a town band (or at least, I do in years without pandemics) that has been around since 1856. I've dug into the history (actually wrote a book about it) which has just extended my lifelong interest in popular music and culture, and if you trace all of that history, I think you can see how we ended up where we are, both politically and in the education world.

As the 19th century turned into the 20th, music was almost exclusively a rare, shared experience. You could only listen to music that was live. If you had a piano and someone who could play it, maybe you could listen at home (a hit song was one that sold lots of sheet music), but for anything more complex, you had to wait for a band or orchestra performance. As an audience member you had zero control of what you listened to, nor could you pick the where or when.

Pre-1920, the majority of Americans lived in small towns, so entertainment resources were limited. The period of 1880-1920 was the peak for town bands--if you wanted live music, you got some folks together and sis it yourself. There were parallels. In our area, for instance, there was a single amusement park, a destination park owned and run by the trolley company. On major holidays, everyone was there--all the towns, all the members of the family. Opportunities were few, and technology didn't favor personally choosing, so everyone shared the few chances over which they had little control or choice. 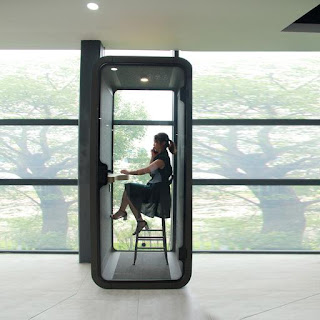 In the 1920s, things change. Our local amusement park died, killed by the automobile, a piece of technology that let people decide when and where they wanted to go. Meanwhile, recorded music finally become commercially viable. Suddenly, you can buy a pressed recording of a song that you like and listen to it any time you want in the comfort of your own home.

The next few decades gave us improved record technology and better automobiles, which expanded personal control and choice. They also saw the rise of radio, which pulled in the opposite direction--you could only listen to what was being broadcast and only when it was being broadcast. Likewise, going to the movies meant moving into shared spaces on a schedule out of your own control.

The trend for the century has been overwhelmingly toward personal choice and control and away from shared spaces. I think, for instance, of the band bus--the transportation for high school bands traveling to away games. When I was just starting out as a student, music on the bus was simply whatever the driver could pick up on the radio--you got what you got. Then some buses had cassette players, and students could have what they could collectively agree upon (and chaperones would allow). By the time I had been an assistant band director for a few years, students had Walkmans, and instead of a boisterous shared space, students separated into smaller, self-contained spaces. Ipods accelerated the change--now you aren't even bound by the sequence of songs on the tape, but can instantly shift to whatever you want to hear at this particular moment.

That trend has been mirrored across the culture. You can watch what you want when and where you want to watch it. You can go online and build a personal bubble, and even though some companies have tried to create large shared spaces, some folks are now threatening to leave for spaces like Parler, where they only have to share space with like-minded people.

100 years ago, most folks in this country spent most of their time in shared spaces. When we talk about how schools of those earlier times taught people to be citizens, we're talking about helping young people learn to occupy shared spaces with other people. Private, unshared space was a luxury, a sign that you had entered a higher class--a private office, a private school, a home designed to preserve your privacy.

We treat everything as a consumer transaction. Health care. Education. Heck, churches in some cases. We expect to have control and choice, to extend that personal control over our lives.

Increasingly, as a sort of subliminal hum, comes the message that shared spaces are for poor people, people who can't do better. And because we are all consumers, and every time we spend money it's a transaction in which we expect to control what we get, there's an awful lot of tension about paying taxes to maintain shared spaces that are used primarily by Those People (And Not Us).

So "let me choose a carefully curated school that will teach my child exactly what I want them to learn and nothing else" becomes a driving force in education reform. Education is a consumer good--you "buy" it in order to get yourself more advantages in curating the rest of your personal, private space life (including your job and your income). And everything about schools that seems like a shared space needs to be excised, cut away. "You aren't giving me the exact services I want, and my child is having to spend time with Those Peoples' Children, so just give me my money back and let me go shop on my own." The education of society's children in a shared space that prepares them for living in a world of shared spaces--that's no longer a desirable thing for some folks.

The pandemic has really ramped up the issues of the death of shared space. Who is an essential worker? A person who makes it possible for you to curate your life in your private space. And because we're not used to living in shared spaces, well, I want to pick and choose my personal response to the virus, based on what works for me. And other people can just choose what works best for them. That's fair, right? Just don't start telling me that the choices I make affect other peoples' choices. Liberty, man!

In iPod world, we pay for every piece of our carefully curated private space. Shared spaces are carved up into pieces for the customers, and people who can't afford to curate a vast private space just have to make do with the leftover (steadily shrinking) public spaces. When it comes to school, some folks are trying to market this process as choice for everyone.

It's every person for him- or her-self, and just over the horizon, a vision of a society that is not so much a society as a country of people living their private personal lives, sharing nothing and celebrating the "liberty" that allows them to never think about anyone else. When Thoreau wrote about everyone marching to the beat of their own drum, I don't think this is exactly what he had in mind.