Pennsylvania House Speaker and Betsy DeVos fanboy Mike Turzai has suffered a momentary setback in his drive to use Harrisburg schools as a launching pad for a PA voucher program, but he reportedly has not given up.

HB 1800 targets the ailing school district at a point where it has only recently been placed in financial receivership under the control of a state-appointed overseer. One might think that the legislature might take a minute or two to see if their Plan A is going to work, but Turzai smells an opportunity, and he's willing to be the guy who runs into the operating room five minutes after the start of a critical operation and hollers, "She's gonna die anyway-- let me have some of those organs." 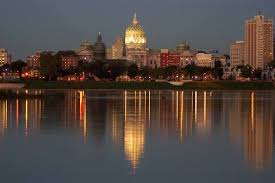 The PA Auditor General has weighed in, pointing out that the bill would "bleed out" the district. This is particularly true because the bill would actually award vouchers to students who live in the Harrisburg district, but have never actually attended public school. For those families, the vouchers would be a tasty little windfall. For the district, the vouchers would mean that the district would lose a mountain of money before their enrollment dropped by a single student.

The bill has plenty of other lousy features. It expressly forbids the legislature from exercising any accountability or oversight over voucher-receiving schools, and it expressly preserves the power of voucher receiving schools to reject any applicant for any reason. Under this bill, private and religious schools get to decide; it is truly school's choice and not school choice.

The bill squeaked out of committee over two Republican no votes. Then it was pulled from a full house vote; Turzai didn't have the votes.

According to the PA Association of School Administrators, the speaker is pulling GOP representatives in for some arm-twisting. The bill is not dead yet. If you want to stop the push of vouchers into Pennsylvania, keep calling and emailing your favorite legislator.
Posted by Peter Greene at Monday, December 02, 2019