OH: Ohio Excels and the Hostile Takeover of Education

Ohio is one of many states in which business leaders have appointed themselves education overseers. The most recent version of this phenomenon is Ohio Excels, a lobbying group that believes that Ohio's education system owes them better meat widgets for job fodder. "improving the quality of education will give students a better chance to succeed and will help Ohio businesses grow and innovate, fueling a robust state economy."

Their board includes a few heads of city-level "partnerships" or "committees," a method by which some CEO types form up a group and declare themselves civic leaders. There are some foundations like the Farmer Foundation and the Peters Foundation, an ed reformster "philanthropic" group. The Ohio Business Roundtable is here, represented by GOP Congressman-turned-business advocate Pat Tibiri. They also get funding from the usuals-- Gates, Walton. They belong to the PIE network with a long list of very reformy groups. You will be unsurprised to learn that their ideas for improving education include advocating for school choice. 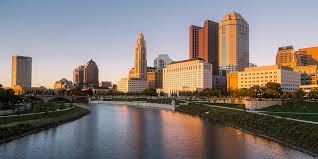 If you pay any attention at all to Ohio education policy politics, you know the name Lisa Gray. Gray is the president of Ohio Excels since October of last year (the group actually "launched" in March) This newest job comes after a career in consulting and working with a list of clients that includes the Bill & Melinda Gates Foundation, Achieve, Inc., Philanthropy Ohio, Battelle for Kids, Ohio Business Roundtable, and Teach for America.

Gray appears to be well-connected; her name often pops up in discussions of what's going on in the legislature re: education. She often turns up on op-ed pages with guest views, or calls for "partnership," and Ohio Excels, despite being fresh and new, seems to have a seat reserved ta the proverbial table. When a committee looked for input on whether or not to keep Ohio's lousy school letter grade system, Ohio Excels was one of eight groups consulted (and one of the only two, with the Fordham Institute, to recommend that the system stay in place). Ed committee chair Peggy Lehner has allegedly told constituents that she trusts Gray on education issues and consults with her almost every day. And that's how lobbyists give bang for the buck- by having nothing to do all day but pitch to and connect with legislators.

Ohio Excels scored big this summer when it managed, somehow, to write new graduation requirements for Ohio high school students. Ohio has been stalled for a few years with graduation requirements they didn't dare implement for fear of failing too many students. The Ohio Education Association points out that actual teachers have been trying to talk to legislators about this for years, but somehow Ohio Excels was able to swoop right in and hand over a plan and the legislature "gobbled it up."

The story is told in more detail in this gushing profile in ColumbusCEO. Plans were under way to scale the graduation requirements back to something realistic when, as Pat Tibiri put it, someone invited a skunk to the picnic.

“We threw a wrench into this at the very last minute,” says Tiberi during a recent interview around the conference table in his Capitol Square suite. “Can you imagine how pissed off they were? We came at it really late and upset what everyone thought was going to happen.”

You get a sense of the level of respect Ohio Excels has for the education community. The implication of the Ohio Excels proposal, despite Gray's claim that the business community wasn't trying to dictate policy, was that schools and professional educators couldn't be trusted to determine if a student was ready to graduate. OE's proposal basically stripped the graduation plan of all elements, like a capstone project, that would have involved teacher-managed alternatives to the test-heavy requirements. Peggy Lehner's summation of the outcome pretty well captures the significance of what came next.

“There’s no question that there was a tremendous amount of deference paid toward the workforce,” says the Republican lawmaker from Kettering. “We are really looking toward businesses to find out what they demand from students when they are coming out of high school. Choosing sides with the business community really represents a shift from the tradition of education policy being handled through educators and the school system.”

Gray's May appearance underlines that this is yet another example of business attempting to redefine education as simple job-training to make meat widgets that better serve the needs of business. This baloney never goes away, from the a Gates Foundation guy declaring that "businesses are the primary consumers of the output of our schools" to then-corporate guy Rex Tillerson mansplaining "I’m not sure public schools understand that we’re their customer."

Yes, students' needs are not being met if they graduate unfit for any kind of job, but their needs are also not served if they graduate with no education except job prep for corporate employers. And you can bet that no rich white parents are telling their children's schools, "Just get 'em ready to be employable at some simple job."

Businesses are stakeholders in education, but so are parents, children, future neighbors and fellow voters. Businesses deserve a voice in the direction of public ed, but not the only voice, and when they start trying to re-engineer education around their needs and not the needs of students and the community at large, then business needs to sit down and shut up. The fact that you have successfully run a business does not mean you know jack or squat about education.

Education at its best is about helping children become more fully human, more fully their best selves. It is preparation for life, not just job training. Ohio has already done plenty to advance the privatization of public education; the least they can do is protect it from a hostile takeover.
Posted by Peter Greene at Tuesday, December 31, 2019
Email ThisBlogThis!Share to TwitterShare to FacebookShare to Pinterest