Would Medicare-For-All Come With An Education Bonus?

This is the least-read thing I've ever written for Forbes, but I still wonder about the issue. So let  me put it out there again.

The expansion of Medicare coverage as a path to universal healthcare for the U.S. has unleashed a great deal of debate from think tanks to water coolers. One of the biggest questions remain—how much would it actually cost, and what would the average citizen pay? 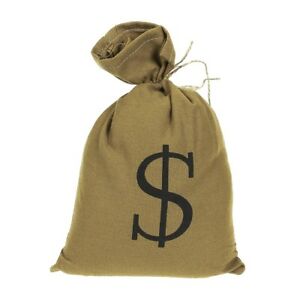 The answer to the first question is “a whole lot (but remember--we currently pay a large number of whole lots. The second part-- well, there are many possible plans floating around at the moment. Some argue that the overall cost of healthcare in the U.S. would come down, meaning savings for some folks and fewer profits for others. The government costs would go way up, necessitating increased taxes for everyone. But, argue supporters, the increased tax burden would be offset by the end of deductibles and co-pays; there’s also the hope, under some versions, that employers would save on healthcare costs and some of those savings could be passed on as wage increases. Plus, the extra wrinkle that businesses would no longer be able to use health care as leverage against striking workers.

There is one other wrinkle that seems to draw little or no discussion.

Public school employees, like other citizens, get their healthcare from their employers. But unlike other citizens, public school employees have their healthcare paid for by taxpayers. According to the Kaiser Foundation, the cost of an employer-provided insurance policy has topped $20,000. District-provided insurance has stayed in that neighborhood. That means that in small a school district with just 200 employees, even if the district has been paying $15,000 per employee, Medicare-for-All could potentially provide as much as $3 million savings to local taxpayers. That could be immediately translated into lower real estate taxes, or higher wages or better facilities, or something.

One of the great sticking points for retirement is often how to cover insurance until the retiree is old enough for Medicare; this results in some pricey retirement incentive programs in some districts. Those could go away under Medicare-for-All, providing more savings to school district taxpayers.

Heaven only knows what Medicare-for-All (or Mostly-All) could eventually look like, nor what it would look like after it miraculously passed through the House and Senate, But an education bonus could be part of that picture, and with it, maybe even some real estate tax relief. It may not be a major feature of health care policy, but an instant couple of million being freed up is not nothing.
Posted by Peter Greene at Thursday, December 19, 2019
Email ThisBlogThis!Share to TwitterShare to FacebookShare to Pinterest