PA: Trying To Fix The Pipeline

You can see it in the numbers. In 2009-10, the state issued 14,247 teaching certificates. In 2016-17, it issued 4,412. You can see it in the health of college ed departments and the cuts to some ed majors that have been occurring. And much of that is a reasonable reaction to plummeting numbers of students enrolling in education programs. 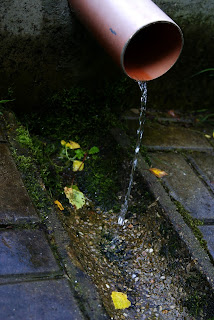 There are plenty of cause for the drop in interest. Some like the idea that people stop heading into teaching when the economy blossoms and better alternatives appear. It also seems clear that teaching has not exactly been showered with prestige and respect for the last twenty years, aka the entire life of people who would now consider college. The emphasis on testing and test prep certainly hasn't been attractive. These have helped bust the teacher pipeline all across the country.

And in Pennsylvania there's one other factor-- under the previous governor we had a period in which education spending shrank pretty dramatically. Now, this was not entirely Tom Corbett's fault-- his predecessor used stimulus money as a bandaid for education cuts, so that when the stimulus money ended, suddenly a giant fiscal sinkhole opened up. None of that really matters at this point. What matters is that for several years, Pennsylvania school districts dealt with the cuts by slashing positions. For a while that created the illusion that we weren't having a teacher shortage here (outside of the usual suspects like special ed), but at the same time, a generation of students grew up seeing no new hires and no new job openings in their school district. Many of my own students told me, "I might like teaching, but there aren't any jobs around here and I don't want to leave the state to get a job." And indeed, my students who did pursue teaching ended up leaving the state-- and their younger peers saw that, too.

So here we sit, our teacher pipeline broken and moldy.

Eight universities will be getting a chunk of the grant to develop and implement residency programs in which proto-teachers have a full year of clinical experience on their way to their own classroom.

The eight schools-- Drexel, Indiana, Robert Morris, Cabrini, Lehigh, Millersville, Penn State Harrisburg and University of Pennsylvania-- do not touch the entire northwest corner of the state (my neighborhood), so that's a bummer.

Part of the grant requires the school to partner with one high-need local education agency. The money will come from the state's Title II funding. A few of universities already have a residency program; the grant wil help maintain and expand it.

There's some debate over the effectiveness of residency programs. My judgment-- residency will be like student teaching, only more so. If your mentor teacher is great, a full year of support will be great. If your mentor teacher is less than stellar, well... good luck to you. Personally, I'm inclined to like the residency idea in part because it somewhat resembles the non-traditional program that trained me.

The same problems will remain-- the lack of respect, the low pay, the de-professionalizing of the work, the test-centered schools, the lack of jobs, which often goes hand in hand with increasingly lousy work conditions (the last is still an issue-- when I retired last June, my district chose not to replace me). Wolf could address some of that. In particular, he could move PA further away from test-based assessment of teachers and schools that currently pushes administrators to run test-prep factories instead of actual schools. On top of the many flaws of the test itself, we still use PVAAS (brother of the VAAS system that lost in court in Texas). On top of that, we are also a state where if you don't teach a tested subject, a chunk of your evaluation still comes from the building score, and the building score comes from the test score. "I want a job where my evaluation is based on things I can't control," said no person ever. "I want to grow up to spend my days convincing children that bubbling correct answers is cool and worthwhile," said the same no person.

Governor Wolf's grant probably isn't going to hurt anything, but if the goal here is to increase the number of new teachers coming out of the pipeline, I don't think residency programs will be a silver bullet. You can't retain what you don't recruit in the first place, and the recruitment piece is where the PA pipeline is busted.