Today marks the fifth anniversary of my first post on this blog. I'm going to be self-indulgent for a few minutes. 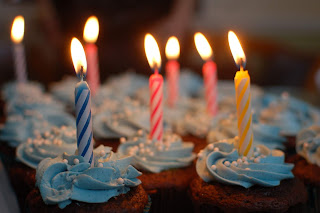 It has been an interesting adventure. If you go back and look at the early posts (and really, you should not), you'll see that I had no idea what the hell I was doing. At the time, I was just starting to unravel what was going on in the ed reform world. Like most teachers, I had suffered through the side effects of NCLB and was curious about what this Common Core stuff was about, and as I peeled back the layers, I became more astonished and outraged and incredulous and angry. And the more I learned the more I thought about it, and the more I thought about it the more I felt compelled to express what I was thinking. The pace of the blog picked up considerably, but it always felt like journaling. It did not occur to me that there was an audience for what I was writing.

I evolved. God bless the people who told me that my spiffy design of white text on a black background was not optimal for people who actually wanted to read it. I learned how to better incorporate links, and how to add images, and how to redesign and reconstruct my header.

Most of all, I re-learned what two decades of newspaper columning had taught me before-- the more you write, the easier it comes. That and they can't all be gems; better to let them fly than to belabor them at great length.

I found an audience. More precisely, other people found an audience for me. I'm not comfortable self-promoting. I look at the kind of work that some edu-celebrities do just to repeatedly say "Hey, look at me" and it just makes me kind of cringey inside. But the BATs and Diane Ravitch and Anthony Cody and Valerie Strauss and a host of other people helped an audience find me. I've always argued that the growth of the audience here is not a testament to anything exceptional about me, but is a testament to how concerned and informed and interested and engaged people are on the subject of public education and what is being done to it. As of this week, there are 2977 posts on this blog, and the blog has been viewed a little over 6,500,000 times.

There have been so many influences on what I do. Mercedes Schneider writes as much as I do, and her stuff is actually researched and fact-filled. Nancy Flanagan and Jennifer Berkshire and Jan Resseger and Mark Webber and Jose Luis Vilson and Wendy Lecker and Paul Thomas and another host of folks (look in the right column) have influenced and informed me.

I've learned. As with all controversial issues, it's easy to reduce the ed debates to simple black and white, but I am suspicious of simple answers, regardless of what side they come from. It is a challenge to balance the importance of nuance and understanding with a strong sense of what is right and wrong. The forces arrayed against public ed are not monolithic, which means they are not uniformly anything, which means we have to pay attention all the time. You have to keep learning. In education we talk about that all the time, but I'm not sure we always grasp what it really means.

The debates have shifted. The ed reform folks have shifted the terms of the debates many times, like a mouse probing and pushing to find a way through the wall. They will always shift, because this is a marathon, not a sprint. Put another way, there will never come a day when we can just sit down and say, "Whew-- all the threats to public education have been dealt with and we don't have to worry about it ever again."

I am fortunate to have had opportunities outside the mother ship here-- for a while at Ed Week and Huffington Post, occasionally at BAM Radio, and now at the Progressive and Forbes. Widening the audience is important-- those of us who spend so much time working on these issues can forget just how little the average citizen knows about public education and ed reform. I feel privileged to have a chance to help spread the word.

Thanks to readers and supporters and especially those who share and pass along the posts that speak to them. It is a writer's biggest job to give other folks the words and language they need to explain what they are thinking, feeling, and caring about. A writer's other big job is to connect people who share ideas, and to help them see a little more and grow in the process. If I'm managing to do even a little bit, that's a good thing.

Public education matters. It's a fundamental part of this country; as Benjamin Barber said, it's not just to serve the public, but to create the public. It's important, and it deserves to be defended vigorously, even as we look to solve those systemic problems that plague it from the inside.

Thanks, finally, to my wife, who tolerates my need to run off and make tappy-tappy noises on the computer and otherwise manage my internet empire. She is far better than I deserve.

So happy birthday, blog. Now it's time to get back work.
Posted by Peter Greene at Thursday, August 16, 2018