If you don't spend time in the world of elementary education, you may not be familiar with DIBELS. DIBELS (Dynamic Indicators of Basic Literacy Skills) were created and marketed as a test of early literacy skills. They were tied to the Reading First initiative, a federal program that was mandated under No Child Left Behind. 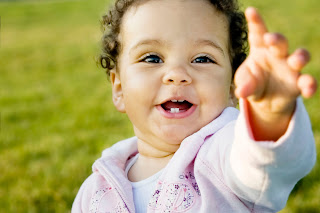 To grossly over-simplify, reading instruction is the scene of an eternal war between two schools of thought. On one side, we have the content folks (how well you can read depends on your prior knowledge-- what you know) and on the other side, the mechanics folks (how well you can read depends on how well you can decode the marks on the page, a content-independent skill set). DIBELS, like most of the initiatives from NCLB forward, leans toward the skills side. Its most famous contribution to the skills side is the nonsense word fluency portion of the test, in which small children children are asked to "read" nonsense syllables (e.g. zek, vad, nuf). There has been a great deal of controversy surrounding DIBELS, not the least of which surrounds the notion of giving formal testing to Kindergarten and First Grade students.

But if you've only just caught on to the debate about whether or not kindergarten should be the new first grade (or second grade), you should know that's old news. Because education reformers and test manufacturers have their sights set on pre-school students.


Dynamic Measurement Group, the folks who brought us DIBELS, are rolling out PELI, a pre-school literacy assessment for 3- to 5-year-olds. It will be available this coming year.
DMG notes that PELI "has been specifically designed to be used within an Outcomes-Driven Model of decision-making and is appropriate for use within a Response to Intervention service delivery model." Translated from corporate edspeak, that means basically, "We can use your child's score to decide that they need to get remedial classwork." Did I mention that this is for 3- to 5-year-olds?
DMG notes that PELI assessments are "efficient, engaging, cost-effective, standardized" on a list of descriptors that does not include "proven to be good for children."
DMG is not out there by themselves on this. The pressure to ramp up pre-school academics is building steadily (Do you need a practice test for your child's pre-school admission exam? Here its is.) This despite the lack of any research to suggest that such an emphasis actually works.
What evidence we have says that academic focus for littles is not just damaging, but counterproductive, leading to the opposite of what its proponents want to see. What we see over and over is that free play, not direct instruction, is what helps small children grow healthy, strong, smart, and with their curiosity still intact.
Continued calls for "high quality pre-school" keep leading us to the same issue-- how will we know they are high quality? The answer for far too many policy makers is "Well, give 'em a test!" This stimulates the manufacturers to create such tests, which in turn leads to the marketing of the tests.
The real danger is that young parents (remember, we're talking 3 to 5-year-olds here) will feel they need to take the word of "experts," asking teachers questions like "How was her test score" instead of asking the child "Did you have fun today? Are you happy?"
No shred of evidence suggests that the human race has evolved to the point that small children reach developmental milestones any faster or sooner than they did ten or fifty or a hundred years ago. There's no good reason to let tests like PELI occupy an important spot in the lives of littles.
Originally posted at Forbes


Posted by Peter Greene at Tuesday, August 21, 2018
Email ThisBlogThis!Share to TwitterShare to FacebookShare to Pinterest