This fall, Illinois is launching a hot new neo-voucher program. The Invest in Kids program is a tax credit shell game that allows the state to funnel public tax dollars to private religious schools. This was Governor Bruce Rauner's idea of how to fix Illinois's school funding, which is a little like fixing your house by moving into an apartment. Rauner is not a friend of public education.

The program is somewhere between the standard voucher set-up and the upper-voucher system of an Education Savings Account. In Illinois, people can contribute money toward a school "scholarship," which counts as a 75% tax credit for the donor. If I owe the state $1,236 dollars in taxes and I give $1,200 to a "scholarship" fund, I now owe the state $336 in taxes. Under this system, the money is never in the state's hands, so the program is safe from that whole church-state separation thing. The state, however, does end up with less money, so public schools still come up with the fuzzy end of the lollipop on this deal. 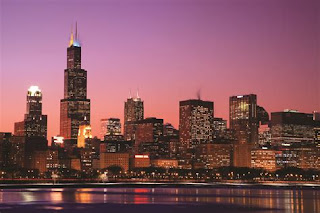 The whole business has been controversial (it took three roll call votes to pass the measure). But while voucher schemes have been regularly struck down, tax credit systems (Illinois actually already has one for school supplies) have held up well in court under multiple challenges. Studies so far show that voucher systems (whatever they're called) actually provide poorer results, but as usual that's using test scores as the measure, so honestly, we don't really know, and many Reformsters have shifted from "vouchers will get better results" to "freedom is the most important thing." And controversial or not, at $75 million it appears to be the biggest launch of such a program (Florida's tax credit voucher dodge is now huge, but it started at a modest $50 million.)

Last week WBEZ took a look at the private school scholarships and discovered "12 Things We Should Have Known..." as a way to see exactly where Illinois has now landed. Some of these are "should have knowns" in the sense that, yes, if you had been paying attention, you would have known this before now. For instance, there's really no excuse for only now realizing that tax credits are a way to get around the law against state-funded religious schools. The law has also been pretty clear that these "scholarships" are not just for poor kids-- a family of four at 300% of the poverty level ($75,300) are eligible for up to $12,973 (that's a very hefty sum compared to most voucher and neo-voucher programs. But some of these details show how Illinois is growing this beast.

For one thing, the cap on how big a credit taxpayers can take is huge. Huge! Illinois taxpayers can get up to a cool million in tax credits.

As has been the case elsewhere, some number of voucher-- I mean, "scholarship" recipients were enrolled in private school anyway. In other words, some of the money drained from public schools had absolutely no corresponding reduction in enrollment or expenses. But it's hard to know exactly how many because...

The organizations granting these scholarships are allowed to operate with zero transparency. There's some basic info they must report (which is good-- the last time an expansion of this sort of thing was proposed in Pennsylvania, nobody had any oversight over any part of the whole business), but donors remain secret, and even basic information about students like where they live is also hidden. In Illinois, even charter schools are subject to FOIA-- but scholarship organizations are not.

24% of the money in the program came from eight donors. 73% of the money will be funneled through a single organization (Empower Illinois). It's only fair that Empower Illinois has the majority of the business, because they wrote the law in the first place, having gathered up some clout partnering with the Catholic Church, which, of course, gets a huge windfall out of this whole system. What does Empower Illinois get out of this? Well, they get to keep 5% of all donations. WBEZ says the group has taken in $30.8 million on contributions, which means a $1.5 million payday for them.  Ka-ching.

Interesting detail-- the donor can designate the school for the "scholarship." That means that a family might have their eye on one particular school, but there may be limited scholarship money for that particular school. That also means that as the owner/operator of a particular private school, you could use this system to pump up your own school's finances while giving yourself a tasty tax break. Or, if you were a staunch Catholic, you could pump up your favorite parochial school (while tax breaking yourself). At any rate, Catholic schools are enjoying a big windfall thanks to these "scholarships." But I'm wondering which rich people would earmark their scholarship money for schools serving the kind of poor neighborhoods they would never set foot in.

Finally, no state that instituted a tax credit program like this has ever ended it-- but education could be an election issue in Illinois, where Democratic candidate for governor J. B. Pritzker has said he would put an end to the program. Which means that Pritzker has made an enemy of the Catholic Church, and Chicago Cardinal Blasé Cupich, who backed this program big time.

Time will tell just how much damage this program will do to public schools and the students who need to get an education there. Or maybe it will just drain enough resources from the public system that developers can get their hands on more upscale apartment real estate conversion material in Chicago.