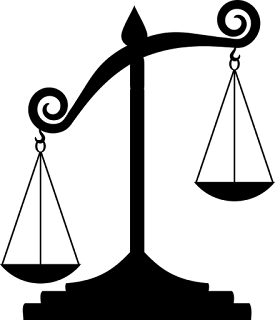 But it does seem at times that education coverage in this country suffers from a reform tilt. Various reformsters are regularly quoted; actual teachers and folks on the defending public ed side of the debates, not so much. I have joked that there is a federal law that says no education story may be published until it includes a quote from Mike Petrilli (Fordham).

Here's a document that is either a symptom or a contributing factor; EWA keeps a list of sources that writers can turn to when they need someone to call or quote on a particular subject. It is not a balanced list, nor is it necessarily accurate. The heading says that this is a "tool to help you find experts on hundreds of topics in education." But the list seriously blurs the line between those who are experts on a topic and those who are advocates for a particular policy or position.

Here are some of the groups represented:

Thomas B. Fordham Institute is represented by five people, plus another four who are connected to it.

American Enterprise Institute is represented by six people, plus three more with connections.

Education Trust has five people, plus numerous other connections.

Jeb Bush's Foundation for Excellence in Education has five people on the list.

TNTP's Kenya Bradshaw is listed as well as Center for Education Reform's Jeanne Allen. So is Peter Cunningham of Education Post. Several of the CANs are represented as well. Almost twenty from New America, a thinky tank that has cozy relationships with its corporate funders. Achieve has four "experts" and many alumni. And a couple dozen Teach for America alumni, including familiar names like Cami Anderson and Chris Barbic. Oh, and David Bornstein reps for Solutions Journalism Network, the project set up by Gate specifically to provide journalistic PR for his projects. And there's Nina Rees for the National Alliance for Public [sic] Charter Schools. EdWorks. CAP. Tom Vander Ark. Kevin Chavous. Richard Whitmire is a source without affiliation, a former president of EWA who wrote book-long love letters to Rocketrship Academy and She Who Will Not Be Named, former head of DC schools. The list goes on and on.

All of these groups are primarily advocacy groups, professional lobbyists for the education reform movement. Most of them do not conduct any sort of research, but simply issue position papers that are an attempt to make a case for whatever position they are advocating. Very few of these experts have ever spent real time inside a classroom.

Are there voices from the non-reform side of the tracks? Sure-- Diane Ravitch, Carol Burris, Jose Luis Vilson, Bruce Baker, Julian Vasquez Heilig, Helen Gym, Barmak Nassirian, Andre Perry. Probably some other names I missed or don't know.

You see the problem.

There are tons of colleges and universities represented, and if I had time I could try to sort out what side each individual department has staked itself out on.  Lily Eskelsen Garcia and Randi Weingarten are on the list. There are some folks who can claim some degree of expertise in what they do, but whose allegiances and bias are no mystery, like Eva Moskowitz and Doug Harris. There are plenty of people who represent particular businesses like PARCC or American Institutes for Research and some charter school operators.

There are many charter schools and chains represented. I found one public school classroom teacher (Timothy Meegan of Chicago).

Imagine that. An entire list of sources for writing stories about education, and little-to-no representation of public school classroom teachers.

The list can be filtered by topic, and no matter what topic you pick, you find some academians, a bunch of pro-reform advocates, maybe a pro-public ed person or two, and virtually nobody who is dealing with the topic as it relates to students in a classroom.

It's an unbalanced list. It's not just that it's heavily tilted in favor of Reformsters (though it is). It is also tilted in favor of politics over education. In a way this is not surprising; it's analogous to the horse raciness of political coverage, where reporters discuss whether the poverty bill of Senator Barpswaggle will get past Senator Whippensnot and what that means for the future of the political parties, but not a word about whether or not the bill is a valid approach to dealing with poverty. This list is best suited for people who want to discuss how well a particular ed policy is doing, but not how well it should be doing. This is a list for reporters who want to just report the school achievement numbers they're given without asking hard questions about how results of a single standardized test can tell us how good a school is (and whether or not the standardized test is good for anything at all).

Looking at the list crystalizes some things for me. I've often noted that the ed reform folks have large numbers of people who are well-paid to do nothing but sit around and push their policies-- this list shows how well that's working for them, and how far that puts them ahead of those of us who are "just" teachers, or former teachers, sitting at home blogging for free. It also shows how some ed journalism can be so hugely unbalanced, as if reform is an overwhelming, unstoppable, inevitable feature of the education landscape-- but then, when ed journalists look out into the world of sources, mostly what they see is reform and the pretty pictures that reform advocates paint for them.

Maybe I'm over-reacting. Maybe nobody who belongs to EWA actually uses this list. Maybe most education journalists actually personally know several working public school classroom teachers, and they call them for perspective all the time. Maybe.

And there are certainly many journalists working the education beat who do an excellent and well-balanced job, and they are a service and benefit to all of us. We, in turn, can make it a point to amplify and support their work.

If however, you're like me and you find this a bit discouraging, there is something you can do. On the source list page, there is a link for joining the source list. It warns that all additions are at the discretion of EWA, so we could all be rejected. But if you think you have valid expertise in the field of education and you think journalists researching stories ought to be talking to people like you (and you count as a person like you), then sign yourself up. The worst that could happen is that they'll say no, but the best that can happen is that you'll provide some enterprising journalist with a contact that will help them tell a better story. Help them out. Do your part.