It is easy, once you start flying down the rabbit hole of the education debates, to get wrapped up in some complex issues and arguments. If Betsy DeVos has done anything for the ed debates, it is simplifying the privatizer position. 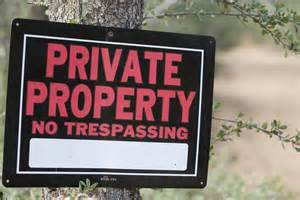 Much of this variegated noise was strategic-- an attack on public education along many fronts. But it was also meant to collect allies, to build a huge coalition of various interests and line them up between privatization of public education. People using labels like conservative, progressive, Republican, Democratic, libertarian, apolitical technocrat-- ignore for the moment the question of how accurately or honestly those labels were used, they were all there in the parade.

And then Trump-DeVos happened. Could you call yourself progressive and support them? Many former allies decided (perhaps a tad hypocritically) that the answer was no. People who are serious and sincere about their ed reform ideas (yes, there are such people) had to consider their position vis-a-vis an administration that is not serious or sincere about anything. The coalition frayed, splintered.

But there is DeVos herself. While she has paid lip service to some coalition talking points, if you listen and read, the through line is pretty clear:

Public schools are a dead end, to be abandoned and cur loose. If a few survive, well, good for them. But the market must reign, and it should reign unhampered by any regulation at all. DeVos has repeatedly indicated that she can not imagine an instance in which USED would step in and say, "If you accept public tax dollars, you must stop doing that." Nor has she indicated any barriers to vendors who wish to enter the market. And there should be no institution, no system. Just parents acting as customers.

Her objective is plain. No more system of public education. Just private ed-flavored businesses. No more taxpayers who imagine that the system they pay for must work for them. Just customers-- and no customer walks into a McDonalds or Macy's and says, "You all work for me."

Progressives who think reform should be an engine of uplift? Conservatives who think tax dollars should be accounted for? Charteristas who believe the deal is trading autonomy for accountability, or that charters should be part of a public system? Yeah, none of you are really at DeVos's table, and trying to pretend that you are just hurts your cause, because DeVos can only barely bothered to pay lip service to your policy ideas.

DeVos has made it simple. There are groups out there that are calling her on it, some that have been seeing this coming for a while now. including the Network for Public Education. Listen to Diane Ravitch of NPE explain how simple it is.