The Basic Unit of Writing

If you are of a Certain Age, this how you were taught writing--

That's how we were taught to write. Mind you, it is not how anybody actually learned to write-- okay, I can't say nobody learned that way because the first rule of actual writing is that everybody uses their own methods and one person's Functional Approach To Writing is another person's Unspeakably Awful Idea. But the number of people who actually learned to write by the above traditional method is tiny, like the number of people who learned how to play jazz trombone by watching Led Zeppelin videos. 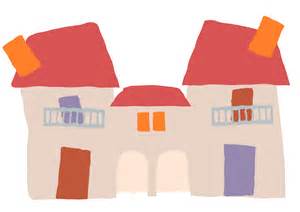 Grammar instruction has its place. It's a lot easier to fix things, and a lot a lot easier to talk about fixing things, if you can call those things something other than "things." It's hard to talk about the nuts and bolts of improving a piece of writing if we don't have the words "nuts" or "bolts."

But we know-- have known for years-- that simple instruction of grammar with grammar exercises and grammar drills and all the traditional things does not improve writing. You can read a good recap of the research here, and while I'm highly dubious about any research that claims it has measured the quality of student writing, the fancy big-time research matches what I've learned in my own class-sized laboratory over the past may decades. Drilling students all day on nouns and verbs and participials and dependent adverb clauses will not make them better writer, and bombarding their writing with the Red Pen of Doom deployed over every grammatical misstep (not to mention all the usage "mistakes" which are not grammatical issues at all no matter how many people insist on conflating the two
) will probably make them worse writers. Not that I'm an advocate for the loose anything-goes technique of just letting any kind of mess hit the page-- but if your basic foundation for writing is a bunch of grammar rules, your students are probably not getting any better at writing.
This truth is sometimes masked by volume. The best way to get better at writing is to write, and if you have your students writing regularly, that will help-- maybe even if you give them lousy feedback. God save us all from the "We only do writing for three weeks in April" approach.

The vast majority of writing problems are actually thinking problems. If you don't know what you want to say, you will have a hard time saying it. And in the modern test-centered education era, we have compounded the problem by teaching students that their central question should be "What am I supposed to write for this?"

Not "what do I want to say" or even "what idea could I construct a good essay out of" but "what am I supposed to write."

That question shifts the foundation of writing to a new skill set-- psychic powers. Can you discern what the teacher or the test manufacturer wants you to say? Try to say that. In this model of writing, what should be central to the writing process-- the ideas in the student's head-- actually becomes an obstacle-- in your search for the essay you're supposed to write, don't be distracted by your own individual ideas.

Messing up that first question of writing automatically interfered with the second question-- after you know what you want to say, you must next figure out how to say it. But test-centered standardized writing has a required set of "how" before you even get to what. In real writing, however, the "how" flows directly out of the "what." For emerging writers, we may provide a pre-fab "how," (looking at you, five paragraph essay) so that they can focus on their "what" and not freak out about how to express it. But once the "how" is coming before the "what," we're in trouble, because now we're not asking "what do I want to say," but "what could I say to fill in these five paragraphs."

There is another level to this problem with assigned student writing-- finding an answer for the student whose answer to "what do I want to say" is "I want to say that I don't care about this topic and have nothing to say about it." That is where a teacher's heavy lifting comes in, with discussion and conversation and maybe research and sometimes a song and dance. It can be a hard bridge to build, but that doesn't change the writing fundamentals-

The center of every piece of writing should be the what, the idea, the thing that the writer wants to say. Any other foundation results in a building that is shaky and unstable, a house in which nothing useful can live.
Posted by Peter Greene at Thursday, March 16, 2017