Claudio Sanchez at NPR decided to kick off March with a charter school explainer, and boy did March come in like a big, fuzzy, lamb. Sanchez decided that the best way to get a fully rounded explanation of charters was to talk to three charter advocates, a journalistic technique akin to interviewing the NRA about guns or the RJ Reynolds company about cigarettes. The resulting piece assures us all that charter schools are pretty awesome with no real down sides at all. Also, guns are basically freedom sticks and cigarettes can help you stay healthy. 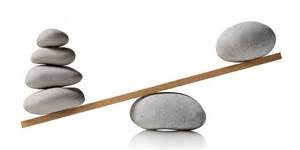 What is a charter school?

Kolderie notes that charters create a "two-sector system." One is a traditional centrally managed district, while the charters "are independent, not owned by a central school board." Which is to say, not owned by the taxpayers-- even though taxpayers foot the bill. Charter schools are, among other things, a system by which taxpayers buy a school system, but don't end up owning anything.

Rees lists off her favorite features. "A local school district does not tell charters when to open or close their doors, what kind of curriculum to use, what company to contract for food or paper. Charters have the freedom to hire teachers without a union contract."

Richmond handles this one. They give the official okee dokee for a school to open and every so often review to see if they're doing their job. They aren't allowed to be for-profit, which doesn't mean they can't be using authorizing as a means of generating a solid revenue stream (like this example from Michigan).

Can teachers start a charter?

Actually, only in one state. Which seems.... wrong.

Charters can be for-profit, right? Because 15% of them are.

Barely a question, but Richmond dances around it by saying that in some places it's legal to hire a for-profit management company to run the school. This is where someone who wasn't there to push charter PR might have mentioned the many ways that non-profit charters can still be highly profitable, like renting the building to yourself or hiring your entire family in various positions or just plain skimming which is easier in the many states where charters are allowed to keep their financial dealings secret. And this would have been a great place to bring up an operation like the Gulen charter chain, which gives every appearance of a giant scam for funneling US tax dollars into a Turkish political movement.

Are charters funded the same way as public schools, with mix of state, local and federal money?

Actually a good question, which Richmond answers "maybe sort of depends." Also, private money figures in as well. In fact, for some charters, like Success Academy, depend on donors a great deal. And that's before we even talk about the hedge fund managers and real estate tycoons who invest in charters in order to get a great return on that investment.

The National Alliance for Public Charter Schools says charters get less money. Is that true?

Yes, an award-winning journalist just asked the head of the National Alliance for Public [sic] Charter Schools if what her organization said is true. I wonder what she's going to say? Will she break down and confess that charters spend way more on administrative costs, or that it depend on who is doing the figuring, or that they pitched themselves in many states by promising that they wouldn't need as much money to do the job? Will she suddenly just say, "No, no-- we were totally lying about that."

Ha. No, she says that it's totally true.

Sanchez asks Koldorie is Rees is telling the truth, and Koldorie offers, "Well, I've heard charter advocates say it before." So he's got his doubts, too.

Do charters gets the same amount of federal IDEA money?

Rees goes with "it's complicated because funding is so opaque" which is true, not because, as she suggests, of something about how the district handles money, but because of how charters like to keep their books closed. Not that it would be that hard to figure out, but charters are in no rush to talk about how many poor and special needs students they are including because that information might make some of their less admirable behavior transparently obvious.

What kind of kids enroll in charter schools and do charters take all comers like traditional public schools?

Cue the song and dance. Rees says that charters have to take all comers, which is in many ways beside the point, because what charters do not have to do is make themselves attractive to all comers. In other words, a wheelchair bound student is totally free to choose this three story charter school that has no ramp or elevator, and they are totally free not to help her get up the front steps.

Koldorie offers an even more audacious answer by redefining "everybody."

Traditional district schools don't take everybody. Superintendents talk as if they do, but they only have to take the children of families who can afford to live in their district.

Yes-- community schools only take students in their community.

But can't charters cream and skim?

Rees says that A) charters must accept all comers (but not that they must accommodate them with appropriate programs) and B)50% of charter students are Black and Latino which... well, what's the point there? If there were a non-charter non-PR person in the room, this might be a good place to discuss charters as engines of segregation, but we're not going there today.

Koldorie calls the charter system public and lists all the things they can't do like charge tuition or teach religion. And non-charter non-PR person might have pointed out the charters that are busy doing both.

Are charters held to the same standards as public schools?

Richmond says that there's "great inconsistency" and that we need more oversight and that charter operators don't want it. So there's an honest statement. He also says we know what a good balance of autonomy and accountability looks like, which is not a true statement.

Who's responsible for making sure that "bad" charters are shut down?

Rees says that after three to five years, a charter should show what it's worth and we should totally shut down bad ones. She does not discuss how often that actually happens (spoiler alert: almost never).

Koldorie says that when authorizers blow it, the state has to step in, but charters mostly tank because of mismanagement and financial problems. You know-- the kinds of things you get when you let unqualified amateurs set up schools.

Richmond gets the final honest word-- they have not done the job and a lot of money is being wasted on not-educating students.

So there you have it.

Nothing about how unregulated charter sectors are leading to fraud and waste. Nothing about how badly designed charter funding drains resources from already-underfunded public schools. Nothing about how a complete lack of transparency leaves taxpayers in the dark about how their money has been spent. Nothing about how outsider-run charters end up leaving the members of a community stripped of all voice or participation, with no recourse for making their voices heard. Nothing about how charters can close up shop in the middle of a school year, leaving students abandoned. And nothing at all about the kind of results charters get for students (and what those results cost the students themselves).

In short, nothing about why any reasonable person would ever be opposed to charter school proliferation. Just the standard claims of charter advocates presented without counterpoint, balance, or fact checking.

Mr. Sanchez, if you ever decide you want to do a companion piece, explaining why some folks believe that charters as currently practiced are a bad idea, contact me-- I know some people I can hook you up with. In the meantime, a little more balance would be nice, and more welcome than just a big fluffy puff piece.