We've talked before about Donald Cohen and Alen Mikaelian's book The Privatization of Everything, but it's worth returning to in order to underline yet another point.

One of the arguments often pushed to promote the idea of privatizing, of having government farm out a function to private operators, is that it will be a money saver. But time after time, that turns out not to be true. 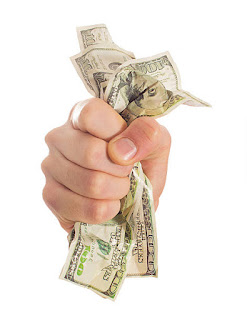 The challenge with public services is that there aren't that many ways to get money out of them. Privatizers like the word "efficiency," but that too often translates into either pay less or get less. Schools are a fine example; if you want to make money running a school, there are only so many ways to do it. Pay people less. Reduce the number of people you pay. Reduce the services you offer.

We see those idea reflected in plenty of school "reform" ideas. We can replace teachers with "coaches" or "mentors," which would cut personnel costs. We can reduce staff by having really super-duper teachers teach thousands of students. We can replace teachers with software. We could get rid of all materials, practices and services that don't contribute to some narrow-but-numerical measure of "success." We can set up schools that don't offer services to (or accept for admission) high cost students.

Not one of these ideas is about providing a better education for students; they are all about finding "efficiencies," about finding ways to cut the cost of providing the service so that a company can get more money out of it.

I'll say, as I always do, that there is nothing wrong with a business trying to make money. That's part of its basic function. But that basic function makes business incompatible with the running of public services.

There is another related problem, most visible in education-- the amateurism problem. Companies look at a sector like education, and because they don't know the sector well at all (except that, of course, everyone went to school, so everyone is an expert) so they look at it and go "Surely there are inefficiencies we can squeeze to get profit. They assume that there must be a lot of change under the couch cushions, but they've never been in the living room and they don't even know if there IS a couch. I have no doubt that many folks singing this refrain really believe it--but they simply don't know what they're talking about.

The results are chronicled in several privatizing stories in the book. There's the tale of Indiana toll road. Private companies said, "We can totally make a profit with those," and instead they tanked. Then-Governor Mike Pence decided, because reasons, that rather than take the road back, he'd resell it someone else who decided that rather than eat the costs that had given the previous company terminal indigestion, they would raise rates and pass the costs on to the traffic (creating a "shunpike"-- a road that people avoid-- we're trying a similar project in Pennsylvania).

That passing on costs is a common feature of privatization. The book was my first encounter with the forces working to keep taxpayer-funded weather information away from the public. Instead of a weather service app for free, with have a variety of weather "services," all using the weather service data, but "giving" it to us via a commercial enterprise. The added value for users is zero, but the companies have to generate some income somehow. It's a model similar to the rules forbidding the IRS from letting us file income tax without working through some pricey "service" like TurboTax.

Privatization is never cheaper. Municipalities that have sold off their parking systems have screwed the public. Chicago sold off its parking for a $1.7 billion contract for 75 years; the buyers realized a $500 billion profit in just 11 years. Imagine just how much cheaper parking could have been in Chicago.

"Business can do the job cheaper," simply turns out to be wrong, time after time. Business either reduces the idea of what the job is supposed to be (in a privatized education world, the job is no longer to educate all children) or they simply throw out the "cheaper" part (note the shift in the school choice world from "we can do it cheaper" to "we need to be paid more").

Posted by Peter Greene at Monday, February 21, 2022
Email ThisBlogThis!Share to TwitterShare to FacebookShare to Pinterest