One of the big selling points of charter schools is supposed to be that they can escape and avoid all sorts of bureaucratic meddling and red tape that plague public schools. But it turns out that some conservatives are perfectly happy to extend red tape to charter schools if it's their preferred red tape. 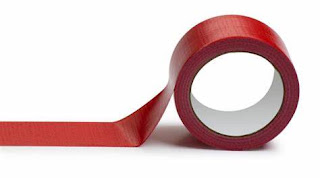 Essence Preparatory was all set to launch in San Antonio, a school with a mission for high quality and culturally sensitive teaching. The school's founder, Akeem Brown, has been a busy guy in local government and community organizations. He mentions starting out as a teacher, though he has no education degree. But further down the line, he became a BES fellow, a group that has a twenty-year history of trying to grow charter school leaders (BES stands for Building Excellent Schools). So Brown's charter pedigree is flawless, and yet, when he was just about to open the doors of Essence Prep (did I mention this is in Texas) he hit a snag. See if you can spot the potential problem. In an interview, Brown explained some of the thinking behind Essence:

Essence Prep competencies and teaching practices will be culturally responsive. Our pedagogy and tailored curriculum is purposely multicultural, and not white-centered.

Our school will connect students to the culture of literacy, which we believe is their birthright and civil right. We will engage students in critical reflection on their lives and racial identities in relation to power and justice. Research has consistently shown that positive racial identity matters for both Black boys and Black girls to be able to achieve academically and have the best shot at success in life.
This wasn't just noise. One parent who spoke to Brown said, "He spoke about empowering people through knowing their race and their lineage." In his application, Brown noted "The opposite of racist isn't 'not racist.' It is antiracist."
The Texas Education Agency approved the charter 11-3. But the next a chief of staff for Rep. Steve Toth reached out to TEA commissioner Mike Morath. Toth spearheaded the Texas gag law (HB 3979) forbidding critical race theory and dictating how racial issues would be taught in Texas, and he wrote an op-ed about Essence Prep. It was never published, but Chalkbeat got their hands on a copy which said in part
Unlike other charter schools who focus solely on academics, Essence Prep’s goal is to promote critical race theory and community activism. Promoting ‘antiracism’ in the classroom would mean teaching that the system of government in Texas, designed to protect economic freedom, is racist. Instead of stopping critical race theory, the Texas Education Agency furthered it.
Well, if you want to teach creationism or religion or bad, racist history in a charter school, that's one thing. But if you're going to bring up the dreaded CRT--well, then. Essence was informed that before they could open, certain "statements, authors, or written works in violation of HB 3979" would have to be scrubbed. The school's mission would also require "additional clarification of the plan for teaching students to be advocates for public policy change" to be clear that it wasn't going to violate the law." And the list continues to cover all the ways that they must clarify how they wouldn't break the gag law.
Brown told Chalkbeat that getting into compliance required three months of work taking away from "prepping and setting the stage" for the new school. That included removing specific references to Ibram X. Kendi and quotes from How To Be An Antiracist.
So this particular tale shows how the gag laws can be used to ban a particular book or author. They also show that conservative dedication to school choice takes a back seat to enforcing gag laws intended to squelch unapproved discussions of race, and that when push comes to shove, some people's belief in free market dynamic doesn't go quite so far as they like to claim it does. You can have choice--just not that choice.
Posted by Peter Greene at Tuesday, February 22, 2022
Email ThisBlogThis!Share to TwitterShare to FacebookShare to Pinterest