NC: Another Way For Charters To Hit Taxpayers

With all the CRT fooferraw and voting suppression and a world of other hurts coming from legislatures and courts, it would be easy to miss this latest wrinkle from North Carolina.

Durham is already awash in charter schools, but as we've seen many times, the wisdom of the invisible hand of market forces does not include charters looking at a saturated market and saying, "We might as well not" and certainly not "Adding more schools to this already over-saturated community will just cause a ton of disruption for the students." 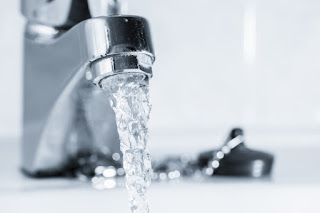 The school, now called North Oak Academy, intended to incorporate its property into the city of Durham and then as to be hooked up to the city water and sewage supply. The city was not inclined to help out. From the News & Observer

“Let’s just say it’s no secret that I believe that charter schools have been detrimental to Durham Public Schools in many ways,” Mayor Steve Schewel said at the November meeting. “I think they have been re-segregating, and I think that they have also really taken so much of the good parental and professional energy out of our public schools.”
National Heritage Academies asked again. Council said no again. National Heritage Academies threatened a lawsuit and warned that this would make their charter a martyr to the cause. One council member tweeted "I just love bad faith arguments. Also threats."
Enter the North Carolina legislature. At the end of June, the House voted  to approve a bill that require municipalities to extend water and/or sewer service to charter schools that ask for it.
So if this makes it past the NC Senate, taxpayers in North Carolina will have to fund infrastructure for charter schools they never asked for, or even opposed. Just one more way that charter systems create private profit at public expense.
Okay, I missed a pertinent line in the most recent version of the bill (which, because the bill process is kind of hilarious, actually started life as a bill for putting carbon monoxide detectors in public school buildings and has since been amended) indicating that the property owner will have to pay the cost of extending the service. Of course, the charter funding comes from the taxpayers, so the taxpayers are still paying for all of this, as well as the cost of managing a that-much-larger system, but my original implications were incorrect. H/t to Kristopher Nordstrom for pointing me at the correct language.
Posted by Peter Greene at Friday, July 02, 2021