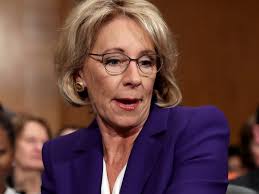 What school districts need right now is people at the top who ask, "What do you need? How can we help?" Schools need support, assistance, resources. Instead, all DC can offer is threats, baloneyand cluelessness. DeVos is failing hard, and everybody else is paying the price.
Posted by Peter Greene at Thursday, July 09, 2020
Email ThisBlogThis!Share to TwitterShare to FacebookShare to Pinterest