Buddy, Can You Spare A Ride (To The Charter School)?

Remember the days when charter school fans were bragging that they would do more with less? That chorus has been replaced by complaints of how unfair it is that they don't get as many tax dollars for their privately-owned businesses as the public school system gets, resulting in fun new ideas like Florida's notion that charters should be entitled to a cut of any special levies that taxpayers pass to support public schools.

Right in the front row of this new choir is Ben DeGrow. DeGrow is currently the ed policy point man for Mackinac Center, located in Michigan (motto: "We helped grow Betsy DeVos and now she's our gift to all America, you're welcome"), an advocacy thinky tank focused on "economic freedom," aka "the freedom of rich folks to get more rich." He previously worked at Denver's Independence Institute, a Libertarian thinky tank. Like many good think tank education experts, he has no actual education background. Well, okay-- according to the Mackinac website, "Ben’s classroom experiences include service as a university graduate assistant and as a substitute teacher in Michigan public schools." 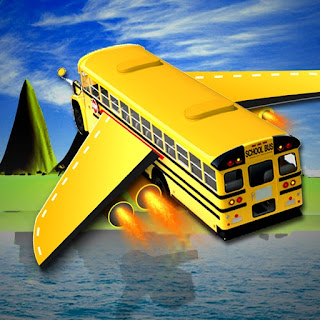 DeGrow popped up at The Hill last week to make the argument for transportation scholarships (well, that, and to oddly try to accuse Jennifer Berkshire of a progressive and being weirdly obsessed with Betsy DeVos). We need these scholarships, he argues, to reduce obstacles to school choice.

We'll get to what he proposes in a moment, but first, let's note that he makes a huge, huge leap in his argument-- namely, that charter operators actually want to remove this obstacle. The patterns of segregation, the use of charters to gentrify neighborhoods, the fact that some charters do in fact provide transportation-- all of this might suggest that the transportation obstacle is just another way for charter operators to legally keep Those Peoples' Children out of their school. At a minimum, the transportation obstacle weeds out families that don't have a firm commitment to providing total support for their child (the kind of thing that Robert Pondiscio discuses at length in How The Other Half Learns).

So I'm not so sure that all charter schools really want DeGrow's "help" with this "problem." There's no way of knowing how many, exactly, but I'd bet that a large number of charters consider the transportation obstacle a feature, not a bug.

DeGrow drops some intriguing ideas into his Hill piece, like the notion that some "young and growing companies" have In recent years "have given parents in certain areas digital tools they can use to hire qualified drivers"-- so, Uber money (as we'll see, not exactly)?

His focus is mostly Michigan where one might think that good solution for the mostly-for-profit charter sector would be "dig into your pockets and pay for transportation since that's part of the cost of doing business as a school.' But no--it's a standard-issue reformy disruptor model, where instead of even suggesting that government or the charters should solve this problem, tax dollars should just be given to parents who are then "free" to figure it all out for themselves.

DeGrow discusses other models for such a program. In the US, it's Florida again, with Step Up For Students, a tax credit scholarship program that allows you to give money to ed-related businesses instead of paying your taxes. Step Up includes a transportation scholarship program. Outside of that, we have to go to Australia for examples.

Meanwhile, the Urban Institute has been studying up on the issue, resulting in some data that DeGrow might find useful, if not exactly helpful. New Orleans doesn't come up in his discussion, but the UI paper looked at it, and in New Orleans, they've solved the "obstacle" problem easily-- charter schools are required to provide transportation. It costs them money. But then, so do books and desks and other items that are part of the cost of doing business. UI researchers did also find that transportation issues affected how schools handled recruitment.

Funding is a challenge here; there's no pretending that the gas money follows the student, or that moving five students off a single bus helps it run cheaper somehow, or that a child's cut of te bus costs could pay for anything other than inflating bicycle tires. So how is this supposed to be paid for.

DeGrow says "the concept is relatively simple"-- some "discrete" amount of state funding (aka tax dollars) could be "set aside" (aka "spent") for this program. The money would go on a debit card. From there, the families spend their travel vouchers however. Uber and Lyft don't handle under-18 folks, but DeGrow knows of a couple of hot new companies that do. Or you could pool with neighbors. DeGrow takes an entire overwritten paragraph to note that rural folks don't use ride shares much because ride share companies don't open in rural areas because it's hard to make money there.

The costs are not cheap. DeGrow wants to do a pilot in Detroit, and he estimates that rideshare costs work out to roughly $1,400 per student, or a million for 700. At $7.77 per student per day, that seems mighty optimistic (DeGrow's touching article anecdote involves a woman who travels 100 miles). In fact, UI's study also looked at Detroit and found it that it had the highest percentage of students attending outside their neighborhood-- in fact, "75 percent of nearby high-quality schools are located outside city limits." DeGrow envisions some philanthropic buy-in or special funding-- in fact, he thinks that DeVos's Education Freedom Grants (another tax alternative funding deal).

If you are going to say you have school choice, it is somewhat meaningless if parents can't get to the schools they are choosing. I do think school choice and the requirement to provide transportation go hand in hand. ... Not providing it essentially negates choice.

That idea was, she reports, "less prevalent" in Detroit and NYC.

It is another face of the same old problem. Charter advocates want to have a multi-headed educational ecosystem with many parallel parts, but they want to pay for it with the same money that used to run a single system. Too many charter operators want to be in the school biz, but they don't want to actually pay the costs, and keep looking for ways to get someone else to pay the bills while they reap the revenue.

It's like a guy who says, "I want to open up a new burger joint next to Burger King, but I want the city to give me the building, and I want a cut of every meal that Burger King sells, and I wan someone else to pave the parking lot, because I find the lack of a parking lot is an obstacle to my customers."

If you want to be in the business, pay the costs.

Posted by Peter Greene at Wednesday, December 04, 2019
Email ThisBlogThis!Share to TwitterShare to FacebookShare to Pinterest