Is School Choice At Odds With Community?

A couple weeks back, Amy Lueck in the Atlantic took a look at how public high schools shaped communities in this country, depicting a relationship between school and community that certainly still looks familiar to those of us who live in ruralish areas where among grown-up adults, "Which high school did you go to" is still a legitimate conversational item and nothing much happens on autumnal Friday nights because football. 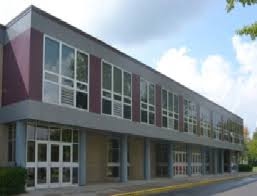 Lueck also took a moment to suggest that school choice is a threat to the sense of community that US high schools have fostered for a century or so. As you might expect, some reform types took exception.

Drawing the reformster rebuttal short straw at Fordham Institute was Brandon Wright, who took to the Fordham blog to say, "Oh, pshaw!" I can't say that I found it very convincing.

But she’s wrong in believing that working to give children and parents more options “reflects a distrust of education as a communal goal, not just an individual one.” Lueck erred in accusing school choice of “dismantling” this model. Proponents are not “leaving the public high school for greener pastures,” and the realization of our goals would not be an “abandonment of the American high school” or “the democratic project of the ‘common school’ that helped shape the American city.”

None of these points are his best choice for arguments. I don't know that choice reflects a distrust of community goals versus individual ones, but it certainly values individual choices over community goals. "Why should I sacrifice my child to your public school?" is a common refrain among reform parents. I don't even think it's a terribly unreasonable one, though it is more compelling from something other than white parents using choice as a means of escaping Those People's Children. But choice is, of course, all about making the best choice for your own child, community be damned. That doesn't make you evil, but it does represent a shift in the relationship with the community school.

And proponents are, of course, leaving for greener pastures. That's exactly the whole point of years of "students trapped in failing schools just because of their zip code" rhetoric. And of course choice is, while not always, often about abandoning the democratic model, as charterization almost without exception means the loss of any local representation of local control of schools. This is no accident; I'll refer you once again to Reed "Netflix" Hastings arguing that elected school boards should be done away with because they just get in the way.

So all of this is pretty weak, disingenuous sauce, but it's meant to set up Wright's main point, which is that the community anchor school that Nueck is writing about can't be killed because it's already dead.

Exhibit A is "most urban districts," like DC and New York City, both of which strike as noisy outliers. He also invokes Chicago, the city that "nearly doubled the number of public high schools available to residents." Wright doesn't offer a link to his source for that figure and I can't figure out where it comes from, even if he's including charter schools, but lots of folks will give you sources about the fifty schools that Chicago closed under Emanuel (a sequel to the many schools closed by Arne Duncan). Wright tosses in  Democracy Prep as a charter that increased students' voter registration rate, which as context-free anecdote is nice, but doesn't prove much of anything. He also cites a study that shows choice producing more students with progressive views on diversity and who are less likely to commit crimes, however, that study from CATO (the libertarian thinky tank) is actually arguing that choice parents are motivated to seek out character education, so choice won't make society worse. So the finding is-- parents who consider character important raise children with better character. None of this has any real bearing on Wright's point, or Lueck's either. Holding socially beneficial values is not the same thing as holding strong community ties; you could, I suppose, argue that the real benefit of strong community ties is socially beneficial values and choice families just get there via another route, but it would be a tough point to make and Wright isn't trying to make it. He's just talking about apples and oranges as if they're fruit of the same tree.

Instead, Wright falls back on that old standby-- public schools stink.

That model is broken. And its flaws manifest in ugly, harmful ways. Schools regularly grant diplomas to students who aren’t ready for college, career, or adulthood. Teachers and administrators encourage everyone to apply to and attend college, even those who aren’t ready and end up wasting time and money chasing a degree they never earn. Districts ignore promising career and technical education programs that help young people find gainful, secure vocations. And education professionals everywhere go on pretending that a single kind of school can effectively serve the varied needs of each and every child.

Wright doesn't provide evidence of any of that, because he can't. None of those things is demonstrably true. Nobody knows how to measure for certain whether students are ready for college or career, so the schools regularly grant diplomas is unprovable. In no school anywhere do teachers encourage "everyone" to attend college. While CTE may be the new belle of the ball for many Reformsters, out here in the actual world, many, many, many school systems have had thriving career and tech ed programs for decades. And I don't know a single person anywhere in public ed who thinks a single kind of school even exists, unless by "single kind" he means "building made out of solid material where trained, certified professionals deliver instruction" in which case, okay, he's got us (but what the heck alternative is he proposing). The vast majority of US high schools provide a wide variety of kinds of education in a single building, and each building reflects the concerns and emphases of its local community because democratically elected school board (and not corporate CMO board running the school from somewhere else).

His strongest point (though he doesn't make it well) is that public schools have often failed to properly serve non-wealthy, non-white communities. That's a true thing-- consider the fifty schools that Chicago closed, whose student population was 90% black. But his "evidence" is that 38% of twelfth graders score below basic on the National Assessment of Educational Progress (NAEP), with a disproportionate number of those being poor, Black and Brown students. He also notes that college attainment numbers for those students is also low, as are college completion figures. The college stuff is a legitimate concern; the NAEP score is not (because what those students don't need is more test prep-- those test scores don't open doors for anybody).

The public school system has earned criticism about its treatment of poor, Black and Brown students. But this is an old reform trick-- state the problem real hard, but gloss over any evidence that your solution does or does not work. Public schools have this issue. Do choice problems solve it?

No. Choice programs show that, given the chance to select the students who will achieve, those students will achieve in your school. But choice programs also reduce available resources for those left behind. And none of this-- no one of it-- addresses Leuck's original point-- that high schools can provide an anchor for their community, and disrupting that anchor disrupts the community as well. The charterization of New Orleans didn't just disrupt public schools-- it ejected hundreds of black teachers, a middle class backbone of communities their, and splintered neighborhoods as children were sent in a hundred different directions.

We know what the solution is-- give the underserved schools the resources that they need. It's simple, and cheaper and more efficient than trying to run multiple parallel systems.

Wright nods to one other issue in his final paragraph-- choice requires an area big enough to support it. Once you get outside urban areas, Wright's arguments don't even make sense. I suggest that Fordham get at least one foot out of the beltway and set up a field office in rural area. Office space is cheap in my town.

Posted by Peter Greene at Saturday, November 03, 2018
Email ThisBlogThis!Share to TwitterShare to FacebookShare to Pinterest