No, these issues, in their worst forms, all have their roots in the same soil, the same fertile ground from which all rotten education fruit grows. 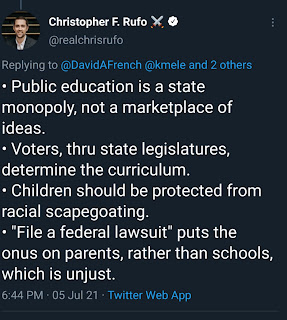 The problem of amateurs futzing around in education is not new. Everybody went to school, so everybody thinks they're an expert. That leads to a common edu-amateur phenomenon-- setting out to fix something that was true in schools 20-40 years ago, the reform equivalent of announcing that you've worked out a patch to help Windows 98 work better.

And we have school boards, a system by which local amateurs are put in charge of local school districts. While this can often cause teachers some frustration, it's still a good system. It provides accountability to the taxpayers and requires educators to remember that they have to communicate with civilians. And the board hires actual educators (usually) to run things for them; when a board tries to micromanage a district, it never ends well.

The modern education reform movement has been powered primarily by people whose biggest problem is that when it comes to school, they don't know what they're talking about. Bill Gates is arguably a pretty smart guy and certainly a savvy, cutthroat businessman, but he has demonstrated at great length how little he understands about how actual schools work. Many of these edu-amateurs, like David "Common Core" Coleman, wear their lack of expertise like a badge of honor, particularly back in the early days of modern ed reform when part of the theory of action was that teachers have failed and therefor their expertise is invalid and should be ignored. 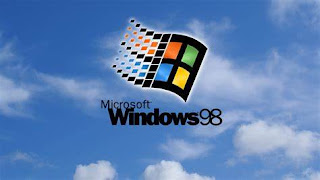 Teach for America pushed not just the idea that any person (from the right college) could become a teacher, but that any such person could become an education expert. They've sent thousands of amateurs out in the world to lead school districts, consulting forms, entrepreneurial endeavors, even state departments of education--all based on two years in the classroom (two years that they knew would come to an end, thereby freeing them form the need to really come to grips with their rookie teacher issues).

We also see lots of people whose expertise is the ins and outs of bureaucratic policy discussions who think that their experience gives them understanding of how a classroom actually functions. It doesn't.

There are people in the education reform world who have actual knowledge of schools and classrooms. You can spot them because while you may disagree with them on matters of policy or philosophy, they don't insist on saying ignorant things (like the legislature controls curriculum). Also, it's possible to understand how schools and classrooms work if you make the effort to learn and talk to people who know.

Some modern ed reform isn't really about education anyway. Voucher advocates, for example, mostly advocate for freedom (either the freedom for parents to choose or the freedom for private operators to profit from public tax dollars, depending on where you stand).

But if you think competition in the free marketplace, either between schools (for funding) or teachers (for merit pay) is going to improve education, you don't understand how schools work. Hint: there are no teachers out there saying, "I know how to do better, but I'm going to hold onto that secret till someone offers me a bonus."

If you think high stakes testing is a good measure of education, you've never looked at an actual test, and you've never spent time in a classroom with students taking that test. If you think those tests are necessary in order for teachers to know how students are doing, you don't understand how a classroom works or how testing works.

If you think the individual issues of teachers can be "fixed" by giving teachers a script or a strict set of standards-based teacher-proof materials, you don't understand how a classroom works.

If you're deeply opposed to unions (and by extension the teachers in them) because you imagine they have these awesome powers and are up to all manner of deep, nefarious schemes, you don't understand who teachers are, what unions do, and how widely varied the teaching force is.

And if you think teachers can indoctrinate young minds to believe whatever you either do or don't want them to believe, then you don't understand how a classroom works.

There isn't a single failed initiative of the ed reform movement whose failure was not met by thousands of teachers rolling their eyes and thinking (or saying), "This is not a surprise." Sometimes reformsters will announce that they've figured something out (like Chris Barbic, discovering that Tennessee's Achievement School District plan was not going to work), and every teacher who already knew that thing will just bite their tongue (well, most will bite their tongue--some of us blog because our tongues are already tired). So much could fail could have been avoided if someone had just asked teachers, or even just asked the person pushing the idea, "How do you know this will work?"

I'm not saying that teachers are the be-all and end-all of educational information, or that there is nothing that teachers can learn from civilians. That would be problematic; we don't need to live in a world in which only teachers can determine or speak about education. But right now we are a million parsecs away from that world, the pendulum having swung too far into a place in which wealthy, well-connected amateurs hold forth on the theory that their ignorance is as valuable and valid as teacher expertise.

Sure, if you're a cynic, you'll argue that this is beside the point, that many reformsters don't care about the question of expertise because their true concern$ are el$ewhere. But it remains true that behind all the bad policy ideas, bad practices, bad standards, bad mandates, bad culture war arguments is that one unifying thread--people whose understanding of how schools actually work is hugely, vastly, epically divorced from how real schools in the real world actually really work.