The New York Times ran a piece yesterday about a school board voting mess in Sumter County, Georgia (that's the county of Plains, home of Jimmy Carter's peanut farm). The story itself is an instructional look at how yet another white minority is trying to keep their hands on the levers of power, resulting in a district that is 70% Black run by a board that is 70% white. But Nicholas Casey has down a great job with that story, and you should go read it.

At one point in the story, Casey talks about the creation of Southland Academy in 1966, yet another segregation academy opened in response to integration requirements:

Among Southland’s biggest boosters were the county school board and city officials, who transferred a public school building to the private upstart, then sold buses and furniture to it at a discount, according to Bobby L. Fuse, a local community leader. Officials lowered rates on taxes — which were used to fund the public schools — so white residents could more easily pay for private tuition, he said.
We often forget that segregation academies and their ilk were not just about separating white children from Black children; they were also about separating white money from Black schools. Set up a separate private school system, leave Those People's Children in the public school, and then chop the taxes that are going to the public system. 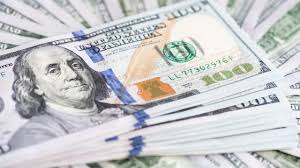 As Steve Suitts points out in his book Overturning Brown, while the modern school choice movement may not be driven by racists, they still use some of the old racist tricks.
Let's consider, in particular, Betsy DeVos's beloved tax credit scholarships-- the Education Freedom plan. It's not just that this is a voucher plan that avoids using the unpopular never-been-chosen-by-voters V word. It has other features.
Because every contribution to a private school "scholarship" counts against tax liability-- put $50K into the scholarship, pay $50K less in taxes-- it simultaneously funds private schools and blows a giant hole in tax revenues for the state or federal government that's allowing the program. For folks in the DeVosian corner of the ed disruption biz, it's a tasty trifecta-- more money to private schools, tax breaks for rich folks, and defunding the public school system.
In this respect, it suits their purposes far better than charter schools, which have their funding tied to public school funding (which may be why many keep calling for higher funding levels).
Only a handful of states use the tax credit scholarship approach. In fact, in one state, the tax credit scholarship contributions could actually turn a profit for rich folks. That state would be Georgia.
Posted by Peter Greene at Monday, October 26, 2020