Fake Slaughter And The Liberal Arts

The interwebs are abuzz with a video shown in some side room by some assortment of Trumpists at the American Priority gathering held at Trump's Mar-a-Lago resort. There are questions about who brought it, who showed it, and how it had already been kicking around the internet, but there's no question that the whole thing is pretty brutal. 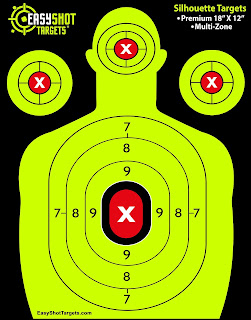 In the clip, a bunch of faces and logos have been cyber-pasted, Job-Jab style, onto a fight scene from the movie The Kingsman. As altered, it shows Trump kicking, stabbing, choking, shooting, and blowing the brains out of various enemies, from press organizations like CNN and even the BBC News, to individuals such as Barack Obama and John McCain. It is brutal and ugly (yes, even more brutal and ugly than Kathy Grffin's beheaded Trump), but at this point it's not entirely clear whether this was sanctioned and arranged by anyone with official standing, or whether some pair of sixteen-year-olds got all worked up by their copies of Atlas Shrugged and went rogue.

Either way, it's ugly, and its ugliness is about to be parsed at great length. So that's not where I'm headed.

Where I'm headed starts here-- the clip that all the faces and logos were pasted on is a clip from a mainstream film, a film often billed as an action-comedy. The movie is five years old, and was a middling success at the time. Nobody called it awesome, nobody called it terrible. But that scene of graphic, relentless and brutal slaughter was always there. The context doesn't really help-- both our hero (Colin Firth-- don't look, Pride and Prejudice fans) and the other  people in the church are triggered by a cell phone signal designed by the villain to make folks turn homicidal. But the film doesn't play it for horror; instead, the church is packed with intolerant religious racists, so it's "okay" to kill them (when religious folks complain that Hollywood picks on them, this might be something they have in mind).

Anyway, it's brutal. And the overlap between this movie's audience and the people alarmed by the "Trump murders his enemies"video may not be great.

But why, I'm asking, is this clip suddenly beyond the pale?

The answer, I think, is that the original was "just a movie," and the people getting slaughtered weren't real humans, but just objects to be mowed down. And that, I'm afraid, tells us something about the mindset of the people who made the Trump video (and the people who are, quietly now, rather tickled by it)-- that for them, the press and the opponents of Fearless Leader are not real people.

That's not a surprise. We are wired, most of us, to treat other humans decently, and so, Step One in treating others poorly is to find a way to see them as less than human. "I treat most people well, but he is one of those [your favorite epithet here]." One of our measures of character is how broad our definition of "people" is, how far it extends before a baseline of "people are those who are just like me." Another way to understand a sociopath or narcissist is to think of him as someone who sees himself as the only actual real person in the world.

The Trump Massacre clip is shocking (and awful and odious and indefensible) because it moves us from the realm  of "Just a movie and not real people" into the real of talking about real people doing awful things to other realm people. Why we didn't get to that place with the original film  (and others like it) is something we really ought to talk about as a culture, someday.

For me, this whole "only some people are real people" thing is part of what got us a Trump Presidency in the first place.

Allllll of this is my Exhibit A in Why Education Should Be More Than Vocational Training.

We are increasingly hearing the call to make education into vocational training, to focus on getting students skills that pay. Nothing else matters-- just crank out more well-trained meat widgets for Wonder Corp.

But a good education should include some other non-vocational pieces of broader learning:

There are other people in the world who are not like you and who may even be really wrong about some things, but they are still people.

The world was not always the way that it is now, and it will not stay this way, either.

People who disagree with you are not an existential threat to your existence.

None of that can be reduced to a skill or measured with a multiple choice standardized test. All of it maters. I am not even at the moment arguing for tolerance. Just a simple "that person is also a person" and "given a different set of circumstances you might be in her place." The kind of thing that might result in recognizing a shared humanity with a person that you are certain is a huge dope.

And for the love of God, please let's not try to reduce this to a special "program." Let's be conscious and mindful of it while teaching. Let it be part of how we approach literature and history-- as a chance to see into the hearts and minds of people Not Like Us. We don't have to love them or think that they're anything but completely wrong. But we have to understand that there is more to humanity than just our own centered perspective. We have to understand that deliberately hurting someone we disagree with or disapprove of or even hate is just as wrong as trying to deliberately hurt a loved one. Education should widen a person's experience and mind enough to make that understanding possible or more likely.

The earth is covered with millions of people, all different, but all actually equally real. We need a better fantasy than imagining we can just blow away all the others who bother us, and that means imaginations educated well enough to grasp all those possibities.
Posted by Peter Greene at Monday, October 14, 2019