The University of Maryland University College is pioneering a new business model, and not everyone thinks it's a very good idea.

George Kroner is a UMUC graduate and a former employee who worked on the tech side of things as UMUC developed a variety of on-line education and analytics programs (he is also, I should note, a former student of mine). But in the nine months since Kroner has left UMUC, he has noticed some disturbing trends. 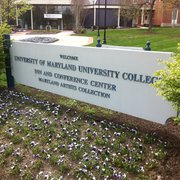 For one thing, there has been a large administrative turn over-- and not just of personnel as some old school positions like "VP of Academic Affairs" are replaced with new-fangled jobs like "VP, Strategic Partnerships." These business-sounding titles seem to be in keeping with a new model being followed by the university:

As of the time that I left, my impression is that the university was beginning to struggle with finding a balance between its core mission focused on academics and the business aspects of focusing on future innovation. The noted shifts in the Cabinet membership seem to reflect these changes in priority and focus.  As much respect as I have for the university President, he seemed quite enamored with finding ways to use public resources to found private educational technology startup companies – instead of with the core academic mission of the university. The thinking was that the university might use excess income from these startups, or the proceeds from selling them off, to fund scholarships. This is a noble goal, but the business of edtech is extremely risky at best and can result in losing hundreds of millions of dollars for even the largest and most successful educational technology companies.

Inside Higher Ed writes about the "unbundling" university. UMUC has been a pioneer in distance and on-line learning (Kroner himself earned an advanced degree while still being able to hold down a regular job thanks to evening and online classes at UMUC). The university did big business with students attached to the military, including those on active duty.

But times are a-changin' and UMUC was looking for a way to be more sustainable. President Javier Miyares (who left Cuba after his father was taken prisoner in the Bay of Pigs invasion-- so there's another person for your immigration list) took over the office in 2012 with no intent to instigate drastic changes.

Now Miyares thinks its time to pare UMUC down to its "core mission" and part of that has turned out to be "spinning off" departments into private businesses. So the Office of Analytics became the company HelioCampus. This joined other spun-off units under a UMUC non-profit umbrella holding company. UMUC used various departments to raise money two ways-- either outright selling them off, or spinning them into private businesses. And the hiring them to do what they used to do-- so spinning off and outsourcing, all at once.

Either way, say critics, it's a dubious use of public money and the products of that public money. Eyebrows wet up when the university decided to spin off/outsource its entire IT department under the UMUC ventures brand. But outsourcing without a bidding process because they're hiring a business that they are still sort of attached to. That's a lot of spin.

Supporters say it can grow the endowment for the university. Critics point out that it puts UMUC in the business of being in business. That may be why Miyares has been making a bunch of noises that translate to, "No, really-- we're most concerned with the whole academics and teaching and students thing." But there's no getting around it-- the taxpayers of Maryland are now financing both a university and a large-scale business enterprise. And the university and the business now do business with each other:

“For the regents, it was important that there was a really clear line of control,” Miyares said. “We are very satisfied that what we are getting from [HelioCampus] in terms of analytics services is what we were getting before, but that involved very well-crafted service-level agreements. The same thing will have to be done with IT … to make sure we continue to get what we need. At the end of the day, if we don’t, well, I can appoint new directors at any time.”

Which is a bizarre conversation to have. "Let's make sure that these people who used to work for us directly still give us the service they would have given us as a matter of course if they were still working for us." It's like a divorcee saying to their ex as they leave divorce court, "But we'll still get together and the sex will be just as good as ever, right?"


The ins and outs of public-private university partnerships are always a complicated web, whether you're talking health care research or might-as-well-be-pro sports. But UMUC seems determined to push right up to the edge of the question, "When does a public university stop being a public university?" And that question lives right next door to, "If a public university is really a private business, should it be paid with public tax dollars?"
Posted by Peter Greene at Tuesday, March 21, 2017