IN: Vouchers and Changing the System

Indy Ed is a website devoted to exploring one idea-- "There are so many changes swirling around our schools that it’s hard to get straight answers." Their focus is Indianapolis, one more urban center suffering from a plethora of education problems, not the lest of which is a government that doesn't want to spend too many tax dollars on Those People. But Indy Ed seems to prefer focusing on that most magical of solutions-- vouchers and choice. 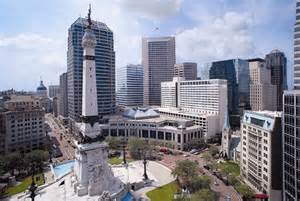 There's no big scam or fraud or misbehavior here. But in one simple piece, Indy Ed gives us a picture of many of the ways that vouchers open up the market and let profiteers and religious ed folks get past the system that has stood in their way for so long.

"Vouchers May Not Be a Panacea But They Are Really Working for Some Families" is the headline for this piece highlighting Oaks Academy, an example of vouchers working for some people.

So before we read the piece, what do we know about Oaks Academy? Well, here's the pitch at the top of their website:

The Oaks Academy is a Christ-centered school that exists to provide a rich, classical education to children of diverse racial and socioeconomic backgrounds, preparing them to succeed in a rigorous secondary educational program and to demonstrate spiritual, social and emotional maturity.

Indy Ed tells us that the student population of Indianapolis is three-quarters black and brown, but the header photo for OA (which Indy Ed also uses for its piece)shows a group of students who are two-thirds white.

OA has a whole page devoted to Teacher Support which highlights such great features as their outstanding professional development (so much better than public schools). One might think they are really working at recruiting and retaining teachers (you can also do Americorps or VISTA work there). Their student profile shows a blend of socio-economic backgrounds and a racial breakdown closer to 50-50 than 25-75 (Britt actually cites a 30% black population in the school, which is smaller than what the school's own graph shows). But they do great on that ISTEP (Indiana's version of the Big Standardized Test). And they've been thriving-- in the 1998-1999 year they opened with 53 students enrolled. This year they have 732 (pre-K through 8). The material is quiet about students with special needs, but that would seem to be one more area in which The Oaks does not resemble the Indianapolis student population. Reader ocg in the comments below offered this background:

The IDOE's Compass website tracks demographics, test scores, etc. for every school corporation in the Indiana, public or private. Their data shows that all three Oaks Academy campuses have far fewer rates of students on free or reduced lunch (ranging from 23.6% to 34.4%) as compared to both Indianapolis Public Schools (68.3%) and the state as a whole (45.7%).
Although lunch status is a very rough way of looking at whether a population is “low income” or not, those numbers do make me scratch my head.
Their racial demographics are also not reflective of Indianapolis schools. All three Oaks Academy campuses are about 50-55% white, 30% black, and 15-20% Asian/Hispanic/multiracial. Indianapolis Public Schools have slightly different demographics.
And then there's special ed numbers. The Oaks Academy with the highest rate of special ed students is their Fall Creek campus, at 8.1%. The other two campuses have special ed rates of 4.1% and 4.7%. The entire state has a rate of 14.5%. IPS's rate is 17%. Hmm.**

But back to our Indy Ed profile. The writer, Baratto Britt, wants to argue that vouchers are actually a "liberal, almost socialist" thing with the mission of providing poor families with the same choices that rich families enjoy. About half of the students at Oaks are voucher students. 83% get some sort of tuition assistance (the toll is $10,300-- so now I'm a little confused because Indiana vouchers only provide about $5K). Board policy reportedly says that 50% of the student body must be from poor families.  But Britt also says that the school attracts hefty philanthropy ("juggernaut" is the word he uses); their website promises "an unmatched philanthropic experience." Almost 40% of the budget comes from donations; voucher money provides about 20%. Also, Oaks "acquired" a public middle school that had been "underutilized".

The school was profiled by Ebony last fall as an example of diversity in action as an educational tool, and while The Oaks is diverse, it is far whiter than the Indianapolis public system. According to school CEO Andrew Hart, that takes some deliberate work:

We want to be diligent about maintaining this tricky balance. It’s something so unique to this place but very fragile. “The admissions pool is dominated by white families, who are moving back into the neighborhoods,” Hart added. “It would totally relieve our philanthropic burden, which would be great, but we want to make sure this unique proposition that Oaks is maintained over time

Hart graduated from UNC at Chapel Hill with an MBA, put in four years at Eli Lilly, then came to The Oaks.

Britt wants to suggest that Oaks does not cream or pick only the most-likely-to-be-successful students, but on top of the whole Christ-centered approach (about which the school is not shy, nor should they be) the school also has another requirement that Britt lays out

Additionally, parental involvement is not optional for all Oaks Families, but mandatory as a caring, committed adult must participate in various activities during the admissions cycle and school year to ensure all stakeholders have skin in the game.

So, Jesus, plus a supportive family both willing and able to contribute work to the school, which is itself supported by extra funding from philanthropists. Is there any school, public or private, that could not achieve success with those advantages?

The Oaks is a private Christian school that self-selects for families with a commitment to their children's education, all of which is perfectly fine-- for a private school. But under Indiana's system, public tax dollars are being sent to this religious private school (and some of the taxpayers' buildings as well).

I decided to write about this precisely because The Oaks shows no signs of fraud or scandal or the kinds of egregious abuse of the system that we often see with vouchers. Except, of course, that the vouchers are completely flouting the separation of church and state by sending public dollars to a private Christian school, and that school has shown us nothing about education that we didn't already know. With a different student body than the parent district, supportive families, free labor, and extra funding you can get good results?! Do tell!

The Oaks' own history page and several press accounts note that the school was started by neighbors and concerned citizens who wanted an urban alternative, and their first school was in a less-than-stellar neighborhood. Voucher supporters can and do point to The Oaks as the sort of school that can save students. They seem like Very Nice People, and not crooks at all-- and yet, they have completely changed the rules of public education, to the point that it's not public education at all.

But at some point we have to decide if saving only some students (and only those we consider deserving) is good enough. A nationwide voucher system will not be about providing choices for poor families, but about changing the entire purpose of education in this country. Vouchers will shift us from a system whose mission is to do its best for all students-- ALL students, no matter what-- to a system whose mission is to save some students, the right students, the students with the right kind of families, who belong to the correct faith. Like it or not, it's a huge mission shift for the country, and the end of public education as we know it. We should be talking about that.

** I'm copying the rest of the reader comments here to preserve the links (which blogger does not do-- man, if I had had any idea what this blog was going to be lieke when it grew up, I would have picked a different platform). Here you go::

Finally, their claim that 85% of their students receive tuition assistance is pretty worthless in this state. Another choice school in Indiana, Delaware Christian Academy (godawful website, I know - somehow this school stays open), could not even open its doors in a timely manner last year, and yet they claim that 95% of their students got full scholarships. Either they're lying, or getting tuition assistance to attend a choice school in this state is, um, extremely easy.

Anyway, the choice climate here in Indiana has very clearly hobbled certain school corporations (like IPS, and especially Gary, whose enrollment has gone from ~16,000 students to ~6,000 students in 12 years). It has also led to some very interesting data sets, like this choice school's graduate rate trend (look at the bar graph). Wonder what happened there.