In Praise of One To One

It is rather unusual for my school district to be out in front of things. We're small, largely rural, and not terribly wealthy. But a combination of factors came together to launch us into one-to-one computing. And I'm here to tell you that I don't regret it a bit. And yet, I don't disagree with writers like Thomas Ultican when he says that one-to-one is Bad News. 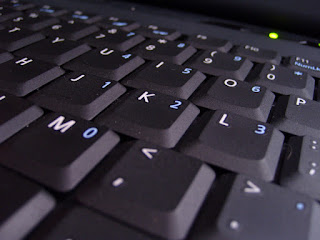 Let me tell you what I think we did right, because I recommend that should your district make noises about such a program, you agitate to follow our somewhat aimless lead.

I say "aimless" because one of the very first things our administration did was fail to give us any specific instructions about how we were to use our students' newfound technotools. I am not kidding. That lack of direction was genius, and it was exactly right. Different teachers incorporated different aspects of the technology in different ways. Some classes were converted to digital textbooks (that's a big part of how the expense was sold to our board). Some teachers used a variety of tools. Some found some cool things they could use in their class. Some teachers didn't do a damned thing. We were initially given a tool for monitoring what the students were doing on their screens; it faded quickly, as most of us discovered we could monitor students using a tried and true teacher management technique you may already know as "Looking at them." Also, we had anticipated problems with things like keeping the netbooks charged. It turned out to be no problem.

I'm sure administration became a little frustrated with how slowly some teachers adopted the tech, and many teachers were frustrated that our infrastructure had some hiccups. Actually, it's still hiccuping.

But the minimum planning was genius because, first of all, the little planning that was done all turned out to be Not On Point. And second of all, it let teachers advance comfortably at a speed they could work with.

Many folks were doubtful, and students in the first few years pronounced the experiment a waste of time. This had more to do with expectations than anything else-- because we didn't have the computers out every day for some new round of whizbangery, folks thought they were underused. I disagree-- we don't use textbooks every single day, or paper, or pencils. You use the tools when there's a need. Some complained that the netbooks needed careful handling and treatment. Well, so does paper, but everyone just gets used to it early on and we don't think about it.

But the most critical part of a one-to-one program is not the technology. The computers are just a conduit, a straw through which students can either suck up tasty healthful fruit juice or harsh grain alcohol or battery acid.

Therein lies the problem. One-to-one computing is obviously a great avenue for implementing Competency Based Education, various forms of "personalized" learning and a host of software driven education programs. It's the infrastructure through which these clanking, clattering collections of caliginous junk can enter schools. And that requires due diligence. A door is just a door, and anything can enter through it. Heck, a book can lay out the wonders of history, or it can tell students that African slaves were just "immigrants."

There are unavoidable issues. You may have noticed that I talked about how we used netbooks, a type of computer that has now not been made for years. In any one-to-one setting not supported by incredibly wealthy donors, your tech will become obsolete quickly. That's an expensive curve to stay ahead of.

We have been shifting to chromebooks, which makes sense because Google is ahead of the pack in school-friendly apps and software, but that means dealing with the issue of hooking children up to the data-gobbling maw of Google or some other privacy-rending corporation. It's scary, but then, cars and sex also come with some huge pitfalls, and we decided (mostly) years ago that the solution is to teach students rather than try to hide them in bubble wrap. The internet is not a highway-- it's a giant leech. We need to talk about that and find personal responses to that sooner rather than later.

In the meantime, every day in my classroom is computer lab day. I don't have to plan exactly when and how long, and I'm always able to say, "Good question-- look up the answer right now." My students who have little tech in their lives will not be quite so backward when they hit the workplace. My unofficial research says that students will write more on a computer than with pencil and paper (though paper and pencil still predominate in my classroom). Instead of old school journaling, my students keep blogs.

We could talk about the details all day, but the bottom line, the essence is this--  I use the computers for purposes I choose in ways I determine. That makes them another tool in my arsenal, and I am happy to have all the tools I can get my hands on, as long as I'm using them and they're not using me. Sure, the technical glitches and regular malfunctions are an annoying pain in the butt-- so are broken pencils and students who don't bring their books to class.

One to one computing can be your friend-- if you can stay in the drivers seat and if you can keep them from being an entry point for Bad Programs. As with most other tools, it can build or destroy. Stay vigilant.
Posted by Peter Greene at Tuesday, March 28, 2017