This is a small story, but shows more of how the charter biz works.
Nobody seems to be covering this story except Jeremy Duda and Nate Rau at Axios. 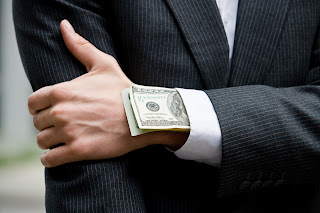 KIPP is getting financing for charter schools in Nashville by turning to the Industrial Development Authority in Arizona.  IDA has okayed a bond for a whopping $25 million in March, and expects to approve bond #4 sometime in the next month or two.
IDA program manager Patrick Ray told Axios that KIPP is a "real warm and fuzzy kind of feel-good story" because it runs elite charter schools that primarily serve low-income students."
Rabbit hole alert.
Arizona's IDA helped Equitable School Revolving Fund LLC, an outfit that appears to be involved in issuing Social Bonds because financing such loans to "nonprofit charter schools" will advance goals by "providing high-quality education to vulnerable youth in educationally underserved areas." ESRF is, in turn, an arm of Equitable Facilities Fund, Inc., In 2018-2019 ESRF received a $200 million capitalization grant as a charitable gift from--well, somebody.
ESRF and EFF are successors to the Charter School Growth Fund; they were founded by former CSGF exec Anand Kesavan, "experienced investment banker, charter school executive and education philanthropist." Before that he spent six years as CFO at KIPP Austin, and before that six years as senior vice president at an investment bank in the Bay area, before that 4months in 2010 with Ed Pioneers helping develop growth models for Massachusetts charter schools, and before that five years as an investment bank vp with UBS.
The ESRF management team includes a bunch of investment and loan people, though among them are:
Kevin Alin, previously the Executive Director of School Choice and Enrollment for the Cleveland Metro School District, and he founded the Citizens Leadership Academy charter in Cleveland.
Shannon Falon, who put in her stint with Teach for America before getting her MBA and moving on to investment banking
Brian Kates, founder of ZATA Consulting, a charter school consulting firm, and the founding Director of Finance for that spectacular failure, the Tennessee Achievement School District
Shawn McCormack, Broadie and former CFO of KIPP San Antonio
Mark Medema, currently Managing Director for the Charter School Facility Center at the National Alliance for Public [sic] Charter Schools
End of rabbit hole
So, short version, Arizona's IDA has been happy to help out with forms of charter funding before.
Why is Tennessee going to Arizona to fund its KIPP business ventures?
Axios points to a change in the climate in Nashville. Specifically local boards questioning exactly how some of these charters are getting their facilities funds. The heat appears to have hit Rocketship Academy, whose whole business model seems to be built around a for-profit buying facilities and leasing those facilities back to Rocketship (ka-ching). Financial deals for these operations have become complex, with an article in The Tennessean (by Nate Rau and Joey Garrison) noting that Rocketship's deal involved $42 million and the approval of three states.
So KIPP may simply be trying to dodge any controversy and scrutiny. Nashville Metro Council member Dave Rosenberg has thoughts:
Rosenberg tells Axios he was surprised to learn that a development board in Arizona has been approving bond issuances for Nashville charter schools. He called the practice another example of charter schools dodging financial accountability.
And IDA serves as a conduit, effectively turning loan money into tax-free bonds for the charters.
The other factor in play here is that charter chains like KIPP and Rocketship are national chains, so state borders don't matter all that much to them-- a new level of non-local control of schools. If the local authorities are making too many noises about responsibility and accountability, just get your money somewhere else.
And as with many charter shenanigans, it all--the financial legerdemain, the investment bankers running the show, the shuffling about--makes much more sense if you look at it as a real estate or investment business that really doesn't have anything to do with education at all.
Posted by Peter Greene at Monday, October 03, 2022
Email ThisBlogThis!Share to TwitterShare to FacebookShare to Pinterest