This is the sort of thing that the Big Standardized Test has brought us--Top Score Writing.

TSW is the brain child and property of Lisa Collum, who bills herself as mompreneur. Collum graduated from Florida Atlantic University about 16 years ago and went to work in 2004 as a writing teacher in a Palm Beach County School District Title I school and the Florida Virtual School . She became concerned that the school didn't have a writing curriculum for her to implement, and she had trouble finding one, so she created lessons. So far that makes her exactly like the vast majority of teachers. 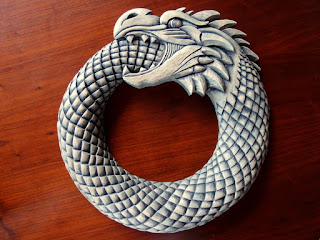 But then she turned it into a business. She turned that business into some other businesses, too-she bought a private school (Coastal Middle and High School). By 2012, she had left the classroom and was running her million-dollar business full time. She wants other women to know that they can have it all.

It's a heck of a story, for sure, and I'm glad that it stars someone who actually trained for and worked in a classroom. Her inspirational video says that you don't have to have business knowledge--just an idea you're passionate about.

So what idea has made Collum successful? The aim of Top Score Writing is right there in the name. This is a program with a single, focused aim--to get students a high score on the writing portions of the Big Standardized Test.

To its credit, it doesn't really pretend to be about anything else. It doesn't promise that students will actually be better writers, but trumpets repeatedly and loudly that it will raise test scores. It is "certified" to increase test scores! It claims to be in five states and hundreds of schools. It is "trusted by" several Florida school districts, the Charter Schools of Excellence, PC Academy. It's Lexile Certified. It is "backed by data and research," by which they seem to mean a white paper written by Interactive Educational Systems Design (IESD), a company that "specializes in research to support product development and marketing," which means, I presume, that you can hire them to back up whatever claims you've made for your edu-product.

You can look at samples of their stuff, so I pulled up some high school materials. Top Score appears to teach a template that students learn to use, built by plugging in selected terms from the prompt or reading selection. Pick out key words, pick out some supporting details, crank out a five paragraph essay. It's formulaic and dull, not at all like actually teaching students to write. Just filling in a more complex fill-in-the-blank exercise. The sure sign that a writing program is terrible for actual writing is if it's designed in such a way that every student should end up with essentially the same essay; this does that. Scholastic mad libs, no actual thought about the subject required, and certainly no injecting of the writer's own thoughts or ideas.

Which is the depressing part of this. I don't think Collum is selling snake oil; I believe that her product does exactly what it says it will do. Raise test scores.

Because mompreneur Collum is doing what all good preneurs do--she's meeting a need. This particular need has been created by the manufacture and promotion of the Big Standardized Test, and she has sailed over the first hurdle which is where so many teachers stumble--trying to somehow act as if teaching writing for real and teaching writing for the BS Test are the same thing. Collum's focus is on what the market wants--higher test scores. God bless her for her clarity of vision.

Many districts have one version or another of the same thing. In my old district, one of my colleagues taught three simple rules for the writing portion of the state test--

1) Use some big words, even if you aren't sure you're using them correctly.

2) Fill up the page, even if you have to repeat yourself.

3) Turn the prompt into your first paragraph.

It raised writing scores dramatically. And then we went back to teaching them how to actually write.

Top Score Writing shouldn't exist. The fact that it exists is a sign of how badly the BS Test has hurt education in this country. As I said, I'm not mad at Collum--the testocrats created a market for bad writing instruction, and somebody was going to make money meeting it. Why not an elementary school teacher in Palm Beach? But the education world would be a better place if outfits like Top Score Writing never existed because there was no market for them. Dreadful testing of writing leads to dreadful instruction of dreadful writing. The sooner it stops, the better. Federal, state, local, classroom authorities--I don't care who stops it, but it needs to stop.

Things like Top Score Writing are the epitome of everything wrong with test-centric education. This is the great ouroboros of instruction--teaching students a very particular skill that they will never use for any purpose except to take the test for which they have learned this very particular skill. It has no use except to feed itself and generate numbers that have no meaning except to indicate how well the great worm has digested its own tail.