What Can We Learn From An Experimental High Tech Wunderschool Failure?

Max Ventilla launched AltSchool quietly enough in 2013, but within two years it was a hot Silicon Valley startup. In 2015, $100 million of investment dollars from major education reform players like Mark Zuckerberg and the Emerson Collective spurred an impressive wave of press. In just 24 hours the Silicon Valley Wunderschool had been covered by Kevin Carey in the Pacific Standard, Natasha Singer in the New York Times, and Issie Lapowski at WIRED.com. And USA Today and techcrunch and Forbes. 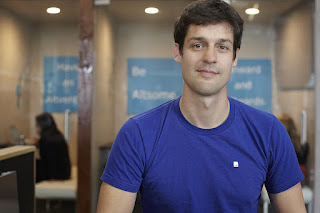 AltSchool would be a proof of concept for the most ideal version of personalized learning, centered on teachers who would be backed up by tech and tech engineers, and backed by, ultimately, about $174 million. Ventilla envisioned a chain of profitable private schools setting a new standard for high-tech personalization. But click over to the AltSchool website today and all you will find is a push for something called Altitude Learning. Ventilla has sold off the schools themselves and created a new venture that will focus on selling the tech software that AltSchool developed. The headlines are not nearly as glowing as they were four years ago. "AltSchool Gives Up On Schools" and "AltSchool's Out...Calls It Quits" and, most brutally, "How An Education Startup Wasted Almost $200 Million."
So what lessons are there in this startup's trajectory?
Education Is Harder Than You Think
Ventilla came from Google, and had a Silicon Valley attitude about innovating other fields. In 2016, he told Adam Lashinsky of Fortune, "We're kind of flying the plane while we're building it." Lashinsky saw the problem:

The difference is that AltSchool is experimenting with the lives of children, not a better way of tagging beer-bust photos. The reason the plane-flying analogy amuses is that no one in their right mind would tinker with an airborne plane. Yet AltSchool asks parents to pay for the privilege of supplying their children as guinea pigs."

Modern education reform has been driven in large part by wealthy amateurs, convinced that their expertise in other areas can be translated into education reform, rebirth, and revival. Some, like Nick Hanauer in his recent Atlantic piece and Larry Berger (CEO, Amplify), have stepped forward to acknowledge that they were wrong. Others just keep swinging and in the process discover that fixing schools is not as simple as they thought it was. Ventilla was thinking small, investing large financial and human resources, and even paying some attention to trained educators, and he still couldn't pull it off. Keep that in mind the next time someone with big business success but not education background announces that he knows how to fix everything.

Personalized Education Is Much, Much Harder Thank You Think

Personalized learning is one of the great new waves in education, promising that every student can have an individualized, customized education. Zuckerberg has been backing it, both with AltSchool and at Summit Learning. Charles Koch has a new initiative focused on it. What is offered is almost always a version that cuts some corners, because full scale personalized learning would require a huge bank of resources and a great deal of human-hours to do the personalized design for each student. AltSchool had the resources-- human, technological, and financial-- and still had trouble making it work. This is not a complete surprise; a new report from the National Education Policy Center shows that personalized learning has a myriad of pitfalls. Keep that in mind the next time you hear someone announce that personalization is going to revitalize a local school district.


Some charter and private schools are businesses. That does not make them inherently evil or bad, but it gives them a different set of priorities than those of a public school.


Businesses measure success financially, and they can be very flexible in pursuing it. MTV started out showing music videos, and when it became apparent that there were better ways to remain successful as a cable content company, they did not announce, "Well, we were founded to show music videos, so we're going to stay true to our roots whether that brings in revenue or not." Instead, they pivoted to something else. They shifted their mission.

AltSchool has been shifting for a while. Late in 2017, Ventilla started getting out of the school business. Some parents were not very happy to discover that they had been paying to have their children serve as beta testers for an edtech company. One parent, quoted by Melia Robinson at Business Insider, summed up the issue clearly:


We're not the constituency of the school," a parent of a former AltSchool student told Business Insider. "We were not the ones [Ventilla] had to be accountable to."

AltSchool has shifted its mission. It's certainly within its right--maybe even its responsibilities--to do so. But keep that in mind the next time you're considering enrolling your child in somebody's business.
Originally posted at Forbes.com
Posted by Peter Greene at Wednesday, August 07, 2019
Email ThisBlogThis!Share to TwitterShare to FacebookShare to Pinterest