Privatization Is Their North Star

Remember when ed reform was complicated, when it felt as if the whole business was a perfect storm of hydra heads, and it was all a public school supporter could do to try to track all the heads, let alone the body of the beast to which they were all attached?

Things have changed. And the change tells us a lot about the body of the beast, as the many heads of the hydra have become neglected or even abandoned. 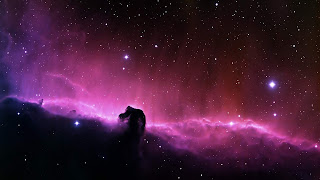 Oh, Common Core. Once upon a time it looked like some folks really, truly wanted to lash all of US education to a single set of standards. But one of the first signs of Maybe Not was when the very guys who wrote the thing immediately moved on to new gigs, rather than sticking around to watch over their baby. And when the political winds shifted and conservatives turned on what had been essentially a conservative idea (except that it was being pushed by That Black Guy In The White House, and it turns out that sensitivity to federal overreach has a lot to do with who's doing the reaching)-- at any rate, besieged from both sides, the Core was abandoned. It was not, it turns out, the most critical priority of the disruptive reformster movement.

Nor have they stuck around to keep defending high stakes testing. Remember when they were pitching it so hard, comparing it to bathroom scales and medical check-ups and, hey, you have to take tests your whole life. But pushback has been steady for HST, with parents and teachers and students fed up with the whole test-centered schooling thing. And while disruptive reformsters have managed to get HST enshrined in law, they've mostly stopped arguing for it and fighting to keep it front and center. Turns out it's not the major priority, either.

Of course, the Core and high-stakes testing have accomplished one thing-- they've gotten plenty of parents and journalists convinced that "students achievement" and "score on a single narrow standardized test" are synonyms, that you can look up test scores and judge the quality of a school.

Another head of the hydra was going after the fabled Bad Teacher. Use VAM to judge them, mark the bottom 5, 10, even 15 percent and then just fire your way to excellence. Of course, to do that you have to first get rid of job protections ("tenure") and seniority rules. But-- as they kept telling us-- a teacher is the most important (in school) factor in a child's education (cue Raj Chetty's BS about how a bad first grader teacher will cost you millions in lifetime earnings). And yet this deep concern with high quality teaching never really got beyond getting rid of bad ones. How would we create and retain good ones? Nobody was talking so much about that. Sure, there were pitches for merit pay and bonus systems, but that was just pretty side of getting rid of job protections and slashing ay for everyone who wasn't getting a bonus. There was some talk of moving the best teachers to the worst schools, but nobody ever really tried to come up with a serious plan to make that happen. And of course we also threw in Teach for America, proof that actual training didn't matter, and once the mysterious teacher shortage hit the news, that was en excuse to throw any warm body in a classroom.

It's almost as if out of all that discussion of teacher quality, the only real priority was to get rid of pay, benefits and job protections for teachers, to make teachers less like gourmet chefs and more like the guy who drops the fry basket at McD's. Cheaply paid, easily fired, easily replaced.

We heard about making students ready for the future, for the jobs that will be appearing, for global economic competition. But somehow that has always been framed in terms of what corporations want, as if the purpose of schools should be to provide meat widgets for employers. Talk about students as product and companies as consumers. That sort of thing. Almost as if providing students with a better, broader, deeper education was not actually the priority at all. And this talk always comes with the idea of harvesting data-- lots and lots of data, which is in and of itself plenty valuable. As if students are a resource to be tapped and not young citizens to be served. With all the For The Children talk, doing things For The Children doesn't seem to be much of a priority.

School reform was about equity and helping the non-white non-wealthy students. But then Trump entered office and a whole bunch of free market reformsters said, "We can't just walk away from reform just because its major spokesperson now seems kind of racist."

School choice, in its many forms, has been a theme of disruptive reformsterism, yet it has been a shifting one. We need choice so that free market competition will make schools better. We need it so students can escape the regulations that we ourselves imposed on schools. We need laboratories of innovation. We need it to provide equity. We need it because fairness and freedom.

In fact, choice has been its own many-headed beast within a beast, but one thing has stayed constant-- the method of providing what's wanted.

Think about it. We could provide choices, freedom, options, innovation, even competition in a hundred different ways. If we are concerned that your neighborhood determines your school quality, we could decouple school districts from neighborhoods, or force neighborhoods into economic desegregation. We could (and in many cases do) provide educational choice under one roof. We could step in with funding and resources for poor schools in poor neighborhoods.

But alternatives have never been discussed.  The choice conversation sticks to the premise that all choice must involve schools that are privately owned and operated, that put public funds in private pockets. We have now seen dozens of models for charter schools and choice programs, but they all stick to that premise-- the choices must be privately owned, operated and controlled.

This and this alone has been the constant, the north star of disruptive reformsterism. Accountability and teacher quality and standards and models for choice may wax and wane, but the drive for a privatized education system, operated like a corporation and for the benefit of corporations-- that particular part of the reform vision has never wavered. It has been and remains consistent. As with any vision, there are those who sincerely believe in it and, in this case, many many more who steer by it because of a venal desire for money and power (you can spot them because they are sure that teachers and their unions are only interested in money and power). Everything else can be compromised or even abandoned, but privatization is the hydra head that will not fall, that belongs to the main body of the beast. This is what the last twenty-five years have been all about.

This is why charters have emerged as a main issue in discussing Democratic candidate education platforms-- because while other things like testing and pay matter, charters and choice come closest to the real heart of reform, the push for privatization.