You may not read a lot of what is written by folks on the reformster side of modern corporate reform these days, but you probably should. First, it's important to understand what they're thinking these days. Second, there's a heck of a lot of nuance out there, because what we think of as reformsterism is actually several different groups working for several different motivations. Third, there is some pretty pointed criticism of reformsterism that comes from inside their own tent. 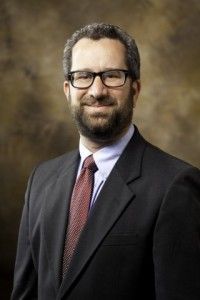 One such voice is Jay Greene (not related to me, as far as I know). Greene is a professor of 21st Century Education Reform at the University of Arkansas, and he supports a lot of things that I think are bunk and aims for a lot of goals that I think should not be achieved. But over the years he has often been wiling to say "That's not going to work" and then transition straight into "That did not work."

He just posted a brief column that is a kind of inventorial "I told you so" for reform, muses about what all the various failed reforms have in common, and finds not that he's so much smarter than other folks, but that they are operating from a flawed premise, mainly "that there are policy interventions that could improve outcomes for large numbers of students if only we could discover them and get policymakers and practitioners to adopt them at scale." And then he writes this paragraph:

I begin with a different theory. I suspect that there are relatively few educational practices that would produce uniformly positive results. Instead, I’m inclined to think of education as similar to parenting, in which the correct approaches are highly context-specific. Even within the same family, we may choose to parent different children facing similar issues in very different ways. There may be some uniformly desirable parenting practices, but most of them are already known and widely disseminated. So, if we wanted to improve parenting, the best we could do would be to empower parents to be in a better position to judge their context and make their own decisions about how to raise their children. Similarly, the best we could do to improve education is to empower families and communities to make decisions within their own context. There is relatively little we could tell all schools or educators to do to improve outcomes.


I'm right with him, up until the moment when he veers off to set up support for school choice. But the idea that ed reform suffers from an uncontrollable impulse to impose top down solutions on everyone-- that's absolutely on the mark.

The other problem I'd say exists with all reforms is suggested by his, but not explicitly-- that Reformsters absolutely refuse to listen to actual practitioners in the field, and in fact have gone so far as to create their entire network and pipeline for alternative experts, people who don't really know anything about teaching or schools, but have come through a pipeline that is all about modern corporate ed reform and not actual education. Just as Greene managed to call a long list of ed failures well before they happened, there hasn't been an ed reform failure that teachers didn't predict, and, for that matter, not a single ed reform "success" that teachers didn't already know ("Oh! A school gets more teaching done if it hand picks its students, has a longer day, and spends more money on resources?? Do tell!").

It remains one of the oddities of ed reform, reminiscent of the crystals-and-jewelry crowd or the anti-vax crowd who believe they can fix the medical system by ignoring everyone who is actually a trained doctor and just setting up and listening to their own network of non-doctor non-scientific folks.

Greene calls out his fellow reformsters for refusing to learn from their failures. I say "Amen," and besides learning that their basic premises are flawed, they could also learn that there are professional educators out there who could tell them ahead of time before they waste a buttload of money.
Posted by Peter Greene at Saturday, August 31, 2019