School voucher programs are becoming one of the major fronts in a federal battle to safeguard discrimination by religious organizations. 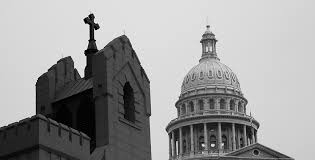 Some flaps created by private religious schools seem minor, like the pastor at a Catholic school who banned Harry Potter books because he believes the books contain “actual curses and spells.” But earlier this year, the Catholic Archdiocese of Indianapolis touched off a flurry of excitement by requiring Catholics schools in the archdiocese to fire all gay teachers. Brebeuf Jesuit Preparatory School refused, and was stripped of its Catholic identity. To avoid a similar fate, Cathedral High School terminated a teacher in a decision it called “agonizing.” The teacher settled with the school, but has since sued the archdiocese.
This might be a matter of Catholic internal business, except that in Indianapolis, as in many areas around the country, the Catholic school system is now funded in part by school vouchers, a system of using public tax dollars for tuition to private schools. Indiana has been aggressive in pursuing school choice policies, particularly under then-Governor Mike Pence, who in his 2013 inaugural addresssaid, “There’s nothing that ails our schools that can’t be fixed by giving parents more choices.” Indiana’s voucher program directs taxpayer dollars primarily to religious schools, and the majority of those are Catholic schools. Cathedral High School participates in both Indiana’s voucher and tax credit scholarship programs.
There was a time when private religious schools might have resisted taking government dollars, even indirectly, for fear of having the government push its rules on the institutions. But now we are seeing that the lever can be pushed in the other direction, and it’s the government that may have to bend to the will of private religious institutions.
Just a few weeks ago, the Justice Department filed a statement in the matter of the teacher’s lawsuit against the Archdiocese of Indiana, and the federal government came down on the side of the church.
“The First Amendment to the United States Constitution protects the right of religious institutions and people to decide what their beliefs are, to teach their faith, and to associate with others who share their faith,” said Assistant Attorney General Eric Dreiband for the Civil Rights Division. “The First Amendment rightly protects the free exercise of religion.”
This fits in the administration's larger policy profile. In hearings held in May of 2017, Betsy DeVos was pressed to give examples of instances when the federal government might step in because federal money was being used by a school discriminating on the basis of race, religion, sexual preference, or gender orientation. Her performance caused Rep. Katherine Clark to declare, “I am shocked that you cannot come up with one example of discrimination that you would stand up for students.” In that same hearing, DeVos also dodged a question about holding schools accountable for IDEA compliance. And since this story first surfaced, we've seen the Attorney General of the United Damn States declaring that schools are ground zero for an assault on Christian values.
Another version of the same issue is headed to Supreme Court with the case of Espinoza v. Montana, a case that is poised to knock down the wall between church and state when it comes to vouchers. It will come on the heels of 2017’s Trinity Lutheran v. Comer. That simple case over paving a church parking lot was important because, as Bloomberg noted at the time:
It’s the first time the court has used the free exercise clause of the Constitution to require a direct transfer of taxpayers’ money to a church. In other words, the free exercise clause has trumped the establishment clause, which was created precisely to stop government money going to religious purposes.
What we’re seeing across the board is the government working to firmly put the free exercise clause over the establishment clause, including the freedom of taxpayer-funded schools to discriminate in whatever way they see fit, regardless of any government rules and regulations.
It will be both interesting and frightening to see how far the government is willing to push this issue. Will it similarly stand up for schools that don’t want to hire Black teachers or accept Black students because of religious beliefs? Will it extend this same zealous religious protection to Islamic schools, or schools founded by the Church of the Flying Spaghetti Monster? If a school is caught in a conflict between two different religious practices, will the federal government intervene to pick a “winner”? Will taxpayers be required to help fund schools that would not let their own children in the front door? Watch to see just how far the lever will be pushed.
Originally posted at Forbes.com
Posted by Peter Greene at Tuesday, October 22, 2019
Email ThisBlogThis!Share to TwitterShare to FacebookShare to Pinterest