A study released in February shows that poorer school districts are bearing the brunt of funding Pennsylvania's cyber schools. The study was published in the American Journal of Education, and you can tell it's serious because its title is painfully dull: Cyber Charter Schools and Growing Resource Inequality among Public Districts: Geospatial Patterns and Consequences of a Statewide Choice Policy in Pennsylvania, 2002–2014.

Bryan Mann (University of Alabama) is a professor of education policy and foundations, and co-author David Baker (Penn State) is a professor of sociology, education and demographics. As the title suggests, they looked at the changes in cyber enrollment and the patterns and financial costs of that enrollment from 2002 to 2014. And because it's behind an academic paywall, we'll have to depend on second-hand reporting of the results, as well as their own writing about it..

The abstract of the study, translated from heavy academese, boils down to this: 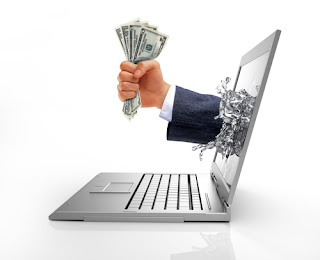 When cyberschools started, everyone said, "Cool! Computers! I bet that'll make kids damned smart!" But then it turned out that cyber schools don't actually school well at all, and as word got out in the media, upscale communities ditched it, while enrollment in poorer areas kept up. So now districts with low tax bases are losing "significant revenue" to the cybers, despite the "dubious academic benefits."

From the anecdotal perspective of someone who taught in a less-wealthy rural-ish district, that sounds about right.

There are several other takeaways from the study, all worth noting.

The study confirmed many of the usual criticisms of the cybers. Because Pennsylvania's payment system for cybers is an unholy mess that only a cybercharter lobbyist could love, the cybners are crazy profitable. And Mann and Baker note that

a steady stream of recent, scientifically sound, national evaluations reveals that cyber charter students tend to score lower on year-end tests and also have lower growth in learning over time than regular public school students. The same is true in Pennsylvania, where there is even evidence of knowledge loss (negative growth scores) from 4th to 8th grade in reading and math, literature, algebra, and biology among many cyber charter students.

They note, as I have in the past, that for a certain group of students with particular disabilities, cybers "can be a godsend."

The drop in enrollment in well-off communities while enrollment in less wealthy, less educated communities is documented in the paper.The number of students lost is virtually never enough to reduce any operating costs for the district, so the bullet has to be bitten in other ways. The average payout for a district is $800K, which in smaller districts is a serious amount of money, which districts deal with mostly by cutting staff and programs, or the more radical move of closing buildings. We've seen all three approaches in my region, and while it's impossible to draw a straight line from cybercharter payments to, say, not replacing an English teacher when he retired, and districts face other pressures (we'll talk about PA's pension mess another day), losing a pile of money to cybercharters certainly doesn't help.

This article comes with an interactive map that shows you, district by district, what the dollar costs and budget percentages are for each district. It's worth a look.

If you are outside of PA, there are two other things to know-- PA has a cap on how much school districts can raise taxes, and cybercharters are approved by the state, so local districts have no control at all.

Baker and Mann say that after an initial boost for cybers (they started appearing here in 2000 and were put into law in 2002), 2005 marked the first downturn in enrollment, coinciding with the first published studies that showed lousy academic results.

So why do some school districts still end up having so many cyberstudents? The Notebook asked around in 2016, and heard answers like "safety" or the child was having trouble keeping up or escaping Big Standardized Test emphasis or getting away from other "problem students" in public school.

But not all reasons are so education-related. Two superintendents testified in August noted other reasons. Some can be very local, like students who have moved into an area to be near a parent in the nearby prison, and who don't want to have to talk about it. Some are more universal. Daniel Webb of Everett Area School District said some enroll to avoid accountability, e.g. the family who pulled all their kids because one child was disciplined for smoking.

The teacher bag of anecdotes contains many similar tales. The family who put a student in cyberschool because they were about to draw fines for chronic tardiness and skipping. The family who put a student in cyberschool to avoid repeated disciplinary issues. The family who put a student in cyberschool because he's failing, and he's heard that it's easy to pass cyberschools (which, given the lack of controls of who actually does the assignments, is probably true). Some students just like the idea of being able to get up when they want, go "to school" when they want, go hang out when they want. There is a repeated pattern of students leaving public school because they lack the self-discipline to cope with the institutional demands (we can discuss how much of the fault lies with the institution another day) without realizing that they are stepping into a setting where the demands on their self-discipline is even greater.

In fact, one of the areas that I have yet to see studied, is the number of cybercharter boomerang students-- students who leave the public school, cyberschool for a year, and then come back. I had those students in my classroom more than a few times; they always returned further behind than when they'd left (of course, if they hadn't stayed behind, then they probably wouldn't have returned). I'd ask these students what they did in cyberschool; often the answer was "Nothing."

But I digress. Part of the answer to the question posed by this study is that the bad news about cybercharters many failings was most likely to drive away students and families that were most concerned about academics, leaving behind families that enroll in cybercharters for other purposes, and for whatever reason, those families are in the less-wealthy rural-ish districts, which end up footing the bill.

There are remedies. Rep. Curt Sonney is no BFF of public education, but he has made numerous efforts to rein in the cybercharters, including a hugely sensible bill that would require parents to pay their own tuition to a cybercharter if the local public school offers an online option (many do, in a effort to woo back some families). Heck, someone could just shut down the ten-out-of-fifteenm cybercharters that are operating without a current charter agreement! But the cybers spend a huge amount of lobbying money in Harrisburg.

The standard argument is that cybercharters help make school choice more available, particularly in areas without bricks and mortar charters. What this study shows is that, by draining poorer districts of funding and forcing them to cut staff and programs, cybercharters are actually making fewer choices available for poorer PA districts. It really is long past time to shut them down.


Posted by Peter Greene at Wednesday, August 28, 2019
Email ThisBlogThis!Share to TwitterShare to FacebookShare to Pinterest