Last fall, the Palm Beach County schools taxpayers voted to increase their taxes so that they could bring their public schools up to speed, specifically in terms of building security and teacher pay.

And they specifically earmarked the money from this four-year tax for public schools.

Some charter schools in Palm Beach County were upset, believing that the law entitles them to a cut of any tax dollars collected for education purposes. This is, after all, Florida, where the state government is working hard to gut the public system and replace it with a profitable privatized system. 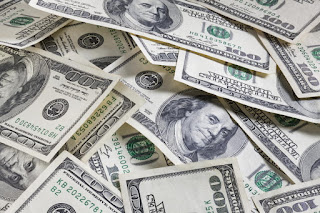 So they sued. In January two (later three) charters took the PBC system to court, declaring that they were absolutely entitled to some of that money, regardless of what the voters said. (Because if there's one thing many charteristas agree on, it's that democracy is stupid.) Newspapers like the Palm Beach Post helped out by calling the money in question a "tax windfall", as if this was money that the public system just stumbled over in a brown paper sack stuffed in a principal's attic, and not "the money that voters  specifically voted to spend on public schools."

A judge issued a ruling this week, and it made the charters sad. As reported by Andrew Marra in the Palm Beach Post:

A judge has rejected an attempt by three charter schools to claim a piece of a new $200 million-a-year property tax that voters approved last year for Palm Beach County’s public schools.

Marra nicely incorporates some of the charter slight-of-language:

The ruling is a stinging defeat for the county’s 52 privately operated charter schools, which have long complained that the school board discriminates against their students by denying them money from special voter-approved taxes.

Well, no, sad Florida charters.  The school board doesn't do anything-- the voters vote for what the voters want to vote for. And then there's this bit of whinging:

“We’re disappointed but disagree with the judge’s ruling,” said Marie Turchiaro, executive director of Palm Beach Maritime Academy. “Charter school people have overcome many obstacles throughout the years and flourished in spite of them.”

Obstacles? Being backed by billionaires? Having most of the state political positions of education oversight in the hands of charter fans? I cannot imagine what obstacles Turchiaro is talking about, but if they are obstacles like this one-- the obstacle of taxpayers being able to  tax themselves while naming the purpose for which that tax is collected-- then, well, yes, we generally favor obstacles to thievery.
Posted by Peter Greene at Sunday, August 25, 2019